The paleo diet: All you need to know 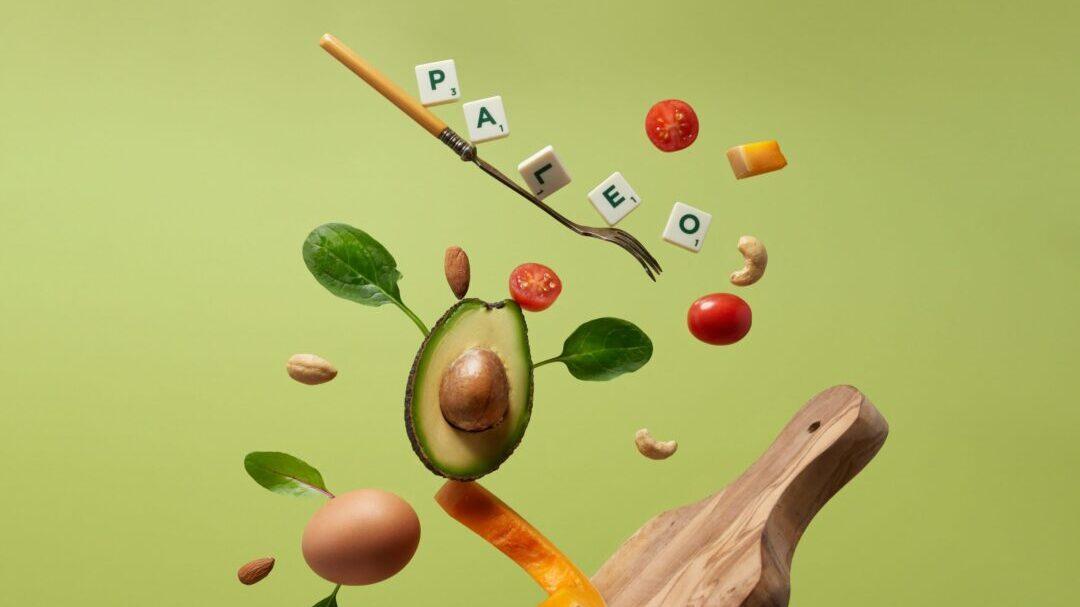 Here are three things you need to know about the paleo diet:

The paleo diet, sometimes called the caveman diet, has seen a sharp increase in popularity in the past 10-15 years. It initially gathered attention in the 1970s and was referred to as the ‘stone age diet’.

It wasn’t until Don Wiss created the website Paleodiet.com in the 1990s that the term paleo first appeared.

The diet was somewhat marginalised in popular culture until 2010 when Rob Wolff – a former researcher in biochemistry – authored the book ‘The Paleo Solution’.

This book brought the paleo diet into the mainstream, becoming one of the more popular diets people want to try to improve their health. Other advocates of the paleo diet include the American scientist Loren Cordain.

So is the paleo diet healthy? Yes (and no)

If we purely focus on the nutritional foundations of the paleo diet, it could be considered a healthy way to eat.

It encourages the consumption of:

Whilst discouraging the consumption of:

Some research has suggested that the paleo diet can help people living with obesity to lose weight, manage blood sugar levels, and lower risk factors for cardiovascular disease.

There are also suggested benefits for individuals with auto-immune conditions, such as multiple sclerosis and rheumatoid arthritis. Although, these claims have less evidence supporting them and are more controversial.

What are the downsides?

Suppose you were to eat a paleo diet. In that case, you’d likely achieve good physical and mental health benefits as it’s based on whole foods, minimises added sugar, and is nutrient-dense in essential nutrients like vitamin D.

However, the paleo diet focuses on what you shouldn’t eat and has a guideline for avoiding foods such as dairy, grains, and legumes.

Research has shown that individuals who restrict entire food groups are more likely to struggle with weight and risk developing a poor relationship with food.

Research also suggests that the paleo diet might lead to inadequate intake of certain micronutrients such as iodine and calcium. So, you might need to consider taking supplements on a paleo diet.

So while you might achieve good health outcomes with the paleo diet in the short term, there are question marks over how sustainable the approach is as a dietary pattern.

At Second Nature, we don’t restrict entire food groups or believe in quick-fix fad diets. Take our health quiz here if you’d like the support of a registered dietitian or nutritionist.

The paleo diet (or paleolithic diet) is a relatively high-protein diet consisting of high intakes of meat, fish, seafood, fruits and vegetables, and nuts and seeds.

At the same time, avoiding all dairy products, grains, legumes, and ultra-processed foods rich in refined carbohydrates and sugars.

It’s considered an alternative approach to an Atkins or low-carb diet and is comparable to the Mediterranean diet in several ways.

It’s primarily based on eating similar to our ancestors in the Paleolithic era when we were hunter-gatherers, which dates from 2.6 million years ago to around 10,000 years ago.

Advocates of the paleo diet believe that most modern human chronic conditions, such as type 2 diabetes, heart disease, and even auto-immune disease, are caused by the consumption of foods produced since the agricultural revolution.

This includes bread and pastries produced from refined grains and dairy produced from cow’s milk. It’s proposed that by avoiding these foods and eating like our ancestors, we’ll eat how we evolved to eat, and our modern health conditions will disappear.

While this sounds logical, it’s challenging to determine exactly what we ate and in what proportions.

Considering our diets would have been determined by our geography and seasonality. Research has suggested that our diets varied immensely and that we evolved as ‘opportunistic omnivores’. Essentially, we ate what was available to us.

2) The paleo diet can help with weight loss

One of the best ways to achieve good health is to maintain a healthy weight. Being overweight and obese is associated with chronic conditions like type 2 diabetes, heart disease, and some cancers.

A randomised controlled trial was conducted to compare the effects of a paleo and low-fat diet – based on Nordic healthy eating guidelines – on weight loss in a group of 70 female participants.

This trial was designed not to have specific calorie targets (common in weight loss trials) in both intervention groups. The researchers wanted to know what diet would be the most ‘self-limiting’ and allow the participants to consume fewer calories to help them lose weight.

This research suggests that a paleo diet can support people lose weight without counting calories compared to a low-fat diet. Other randomised controlled trials have also shown similar results.

While these results are promising, many of these trials have been limited by having a low number of participants. Therefore, it’s difficult to determine the impact of the diet on a larger, more diverse population.

3) The paleo diet may help with some chronic diseases

While weight management is vital to our health, it may not be the most reliable marker. Looking at risk factors associated with chronic diseases and metabolic health, such as type 2 diabetes and heart disease, can give us a clearer picture of an individual’s overall health.

A controlled feeding trial (a type of study where participants are provided with their meals from a kitchen at a research centre) compared the effects of a paleo and low-fat diet on blood sugar control and other health markers in patients with type 2 diabetes.

The study showed that while weight loss between the two groups was similar, the paleo diet saw more significant improvements in blood sugar control and insulin resistance (a measure of how well your body’s cells respond to the hormone insulin).

This suggests that the positive impact of the paleo diet on markers of type 2 diabetes may not be dependent on weight loss.

The study also measured risk factors for cardiovascular diseases, such as triglycerides and HDL cholesterol and found that both improved to a greater extent on the paleo diet compared to the low-fat diet.

Further trials have also shown similar results in type 2 diabetes and cardiovascular risk factors, such as blood pressure, in participants on a paleo diet.

Again, these results’ limitations lie in the small number of trial participants. The early signs are promising, but more extensive trials with better diversity are needed to have more confidence these results would be replicated in larger populations.

What about auto-immune conditions?

Before 2021, the role of the paleo diet on auto-immune conditions was primarily based on anecdotal evidence of individuals sharing their stories online. Since then, a pilot trial has been conducted looking into the effectiveness of the paleo diet in improving fatigue and cognitive function in people living with multiple sclerosis.

The study showed that the paleo diet improved fatigue with maintenance in cognitive function compared with a low-fat control diet, where no improvements were observed.

This suggests that the paleo diet might improve fatigue in individuals living with multiple sclerosis. However, as the trial was only a pilot with a small number of participants, larger trials are needed to see if these results can be replicated in a larger population.

As a way of eating, the evidence behind the paleo diet is promising, and those who follow it may see improvements in their health.

Any diet based on whole food consumption is likely going to be an improvement on what most people are currently eating.

While the paleo diet may bring short-term improvements in health, its long-term effects on our mental and physical health are still unknown.

If you’re keen to learn how to eat sustainably, click here for an NHS-trusted meal plan.