Low-FODMAP diet: All you need to know 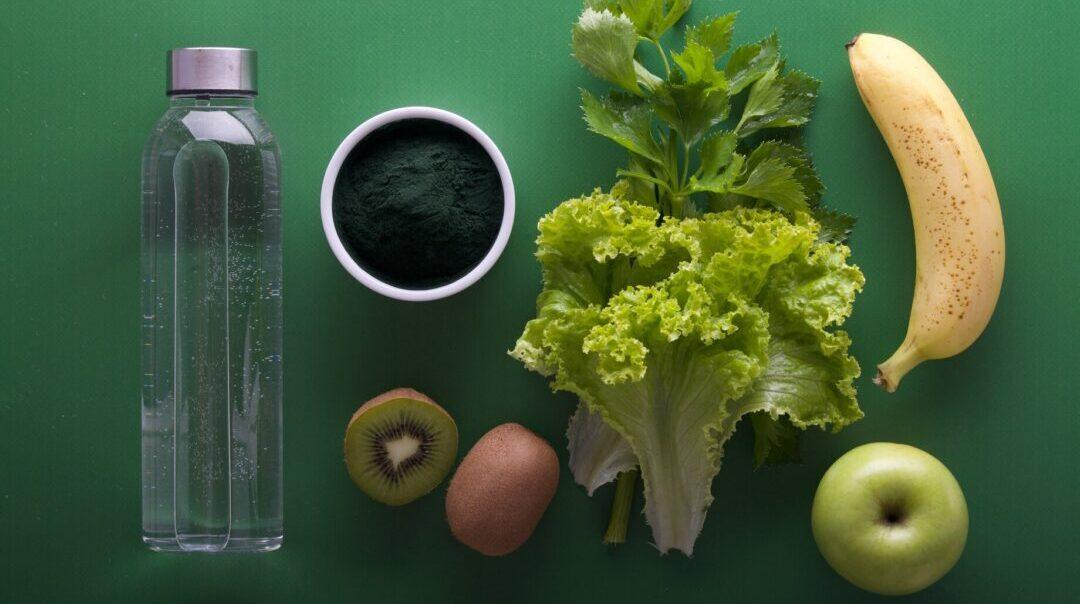 FODMAPs are types of carbohydrates (or sugars) that are poorly absorbed by the small intestine and can be fermented in our large intestine.

For people living with irritable bowel syndrome (IBS) or other gut disorders with IBS-like symptoms, these FODMAPs can cause symptoms such as bloating, flatulence, irregular bowel habits, cramping, abdominal pain, or diarrhoea.

The acronym FODMAP means fermentable oligosaccharides, disaccharides, monosaccharides and polyols. These sugars are found in a wide range of different fruits and vegetables at varying levels.

For example, apples contain high polyol levels, whereas garlic and onions are high in oligosaccharides. If you’re someone living with a chronic gut condition, you may find you’re more sensitive to some FODMAPs than others.

So, you might be fine enjoying higher levels of apple polyols but notice your symptoms flare up when you consume high levels of oligosaccharides (fructans) from garlic in a curry. Or, you might be unfortunate in that all FODMAPs cause some level of discomfort.

Aren’t fruits and vegetables good for you?

On the whole, fruits and vegetables are very health-promoting. However, for individuals living with various IBS-like disorders such as IBS, lactose intolerance, non-celiac gluten sensitivity, celiac disease, or SIBO – consuming FODMAPs in high amounts can trigger symptoms relating to these conditions.

The low FODMAP diet was therefore designed to support individuals living with these conditions to alleviate symptoms and identify the main FODMAP culprits in your diet that cause the most significant reaction.

For many people living with IBS, the FODMAP diet needs to be a long-term commitment, but it comes in three different stages (the first two stages should be done under the guidance of a registered dietitian):

Alongside the low-FODMAP diet, you’ll also be encouraged to make other changes to your lifestyle, including exercise, sleep hygiene, stress management, and mental health support – all of which contribute to the health and function of your gut.

It’s also worth considering what the current quality of your diet is. Research has suggested that diet quality and fibre intake in individuals living with IBS is low.

This research might suggest that individuals actively avoid fruits and vegetables due to the symptoms they experience. Or, it might be that poor diet quality negatively impacts the gut’s health, making it more likely you’d experience symptoms when eating FODMAPs.

So, it could be that you display IBS-like symptoms but don’t have IBS – and it may be more related to other lifestyle factors.

The FODMAP diet was explicitly designed for the treatment of IBS. However, many other gut conditions have IBS-like symptoms, such as SIBO, non-celiac gluten sensitivity, or leaky gut. All these would require different medications and treatments to help manage them long-term.

So, you mustn’t self-diagnose your symptoms, and you’d need to seek the support of a healthcare professional to help get to the root cause of your condition for the most effective treatment.

You need to know three crucial things about the low-FODMAP diet:

At Second Nature, we don’t provide a low-FODMAP diet; it may be something you should consider as part of your treatment for your gut condition.

We’d recommend speaking with your doctor and seeking a referral to a gastroenterology department.

However, we provide support from a registered dietitian or nutritionist trained to personalise your diet and lifestyle changes to suit your needs and preferences.

Many members, like Becky, have found their IBS symptoms all but disappear after joining Second Nature without going through any strict dietary protocol.

This is likely because the root causes of their symptoms were multifactorial and more linked to overall health than a specific condition.

Otherwise, keep reading as we go deeper into the science of the FODMAP diet and highlight everything you need to know before considering it.

The most common symptoms associated with IBS and IBS-like disorders are diarrhoea and constipation, with many also experiencing cramping and bloating alongside these.

It’s long been known that FODMAPs (also referred to as short-chain carbohydrates) can cause abdominal discomfort.

Particular focus was on fructose (found in fruits and some vegetables) and lactose (found in dairy products). Early studies indicated a reduction in symptoms in patients living with IBS in diets that removed sources of these two sugars.

However, it soon became apparent that other carbohydrates also contributed to these symptoms.

Eventually, a team of scientists coined the term FODMAP. They then published a paper in 2005 with a theory that removing FODMAPs from the diet would alleviate IBS-like symptoms.

Randomised controlled trials in the last 12 years have provided evidence to support their theories.

Much of the research has been conducted in Australia, and the FODMAP diet is internationally regarded as a frontline treatment for IBS and IBS-like disorders.

This is supported by a recent meta-analysis (a study of many studies) which analysed nine randomised controlled trials in over 700 participants to determine the impact of the low-FODMAP diet on IBS and quality of life.

The results showed that the low-FODMAP diet was 66% more likely to reduce the severity of IBS-like symptoms than a typical diet based on national dietary guidelines. Most patients (68-86%) on low-FODMAP diets will see an improvement in symptoms.

The study also showed that the low-FODMAP diet improved quality of life scores as measured by questionnaires before and after the intervention.

It’s important to note that these studies were only for up to three months in line with the treatment protocol for a low-FODMAP diet, typically 4-12 weeks before a re-introduction of FODMAP foods to test for sensitivity.

2) The low-FODMAP diet is a long-term commitment

The initial stage of the low-FODMAP diet is a very restrictive diet that requires the elimination of a long list of nutritious foods for the duration of the intervention, typically 4-8 weeks.

To give you an idea, here’s a list of foods you must avoid:

It’s quite an extensive list, and there are many FODMAP-containing foods you’d need to avoid.

After this initial stage, you’ll start re-introducing FODMAP-containing foods to test your sensitivity to them. It might be that you can enjoy some FODMAPs in small doses without issue.

The final stage is designed for personalisation, whereby you’ve identified the FODMAPs that you’re most sensitive to and design your diet around this. You might also experience weight loss during the initial 12 weeks.

Here’s a basic breakdown of the treatment pathway for a low-FODMAP diet: It’s important to highlight that you might still experience IBS-like symptoms even after this intervention.

While a low-FODMAP diet can alleviate the severity of gastrointestinal symptoms, it’s not necessarily going to remove them entirely and certainly isn’t designed as a cure for your gut condition.

It’s likely that before this intervention, your gastroenterologist will run various other tests to determine your specific condition and other treatments available to you to help you manage it in the long term.

The root causes of IBS and other IBS-like disorders are still poorly understood.

Like many health conditions, such as type 2 diabetes and obesity, there’s no single cause. Often, many interlinking factors contribute to the development and progression of the condition.

Because of the multifactorial nature of IBS and IBS-like disorders, treatment must be multi-disciplinary and focus on the individual’s overall health.

Research has shown that mental health conditions, in particular, excess perceived stress, can alter the composition, growth, and function of our gut bacteria (microbiota), disrupting the gut-brain axis and impacting our mental and physical health.

A recent randomised controlled trial demonstrated the connection between mental health, the gut, and IBS. The study randomised 74 participants to either a low-FODMAP diet, a gut-directed hypnotherapy intervention, or a combination of the two.

The results showed that the hypnotherapy, low-FODMAP, and combined interventions significantly improved IBS-like symptoms such as bloating, diarrhoea, constipation, and nausea after six weeks.

Interestingly, while not statistically significant, the hypnotherapy intervention was 21% more effective at reducing overall symptoms compared to low-FODMAP and 28% compared to the combined intervention.

These studies demonstrate the connection between our psychological and physical health. We often view them as somehow separate from one another, but they are one and the same.

One of the underlying causes (or outcomes) of IBS and IBS-like disorders seems to be an altered gut microbiota. Interestingly, exercise has been shown to alter the function and composition of our gut bacteria independent of other changes.

Due to the impact of exercise on our gut, it’s possible that exercise and physical activity could also support individuals living with IBS.

The study showed that the exercise intervention was 90% more effective at reducing IBS-related symptom scores than the control group (-51 vs -5).

This research demonstrates that increasing physical activity and exercise could effectively support the management of IBS.

Probiotic and prebiotic supplements have also been trialled alongside low-FODMAP diets to support IBS, with promising results.

The low-FODMAP diet is highly effective in treating and managing IBS and other gut disorders like SIBO. However, these conditions are incredibly complex, and their underlying causes aren’t yet fully understood.

What we do know is that their causes are multifactorial, and it’s rarely one thing that’s causing these conditions.

When approaching your treatment for IBS and other gut conditions, you should consider other factors contributing to it, like your mental health, physical activity levels, and overall diet quality.

How to lose weight fast: The truth behind fast weight loss