The Mediterranean diet: All you need to know 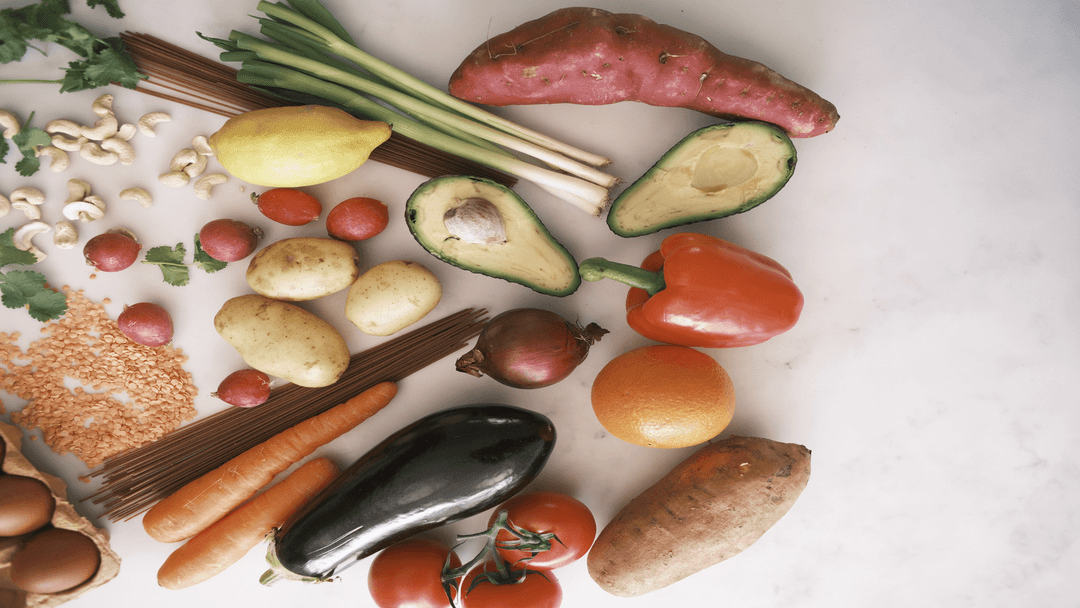 Is the Mediterranean diet healthy? Absolutely.

There’s enough research showing it has numerous health benefits. It may help with weight loss, lower blood sugar, reduce our risk of chronic diseases such as high blood pressure and type-2 diabetes, and improve our heart health. Additionally, it’s been associated with a reduced risk of developing Alzheimer’s disease in older adults..

However, that doesn’t mean we should all rush to change our eating habits to match the Mediterranean diet. We all come from different cultures with our traditions and food preferences.

The critical insight from the Mediterranean diet is to generally eat more real food, more healthy fats, and lower your intake of highly-processed carbohydrates like white bread.

The Second Nature programme can help you achieve this, regardless of your cultural heritage and food preferences. You can try Second Nature today and choose what you want to pay for the first 14 days of the programme. The first step is to take our health quiz.

Otherwise, keep reading for more information about the Mediterranean diet and its scientific evidence.

What is the Mediterranean diet?

The origins of this dietary pattern lie in the countries from the Mediterranean sea region in southern Europe and the East, such as Italy, Spain, and Greece, where there was often a convergence of culture, trade, and agricultural processes.

Whilst there’s no official definition of the Mediterranean diet as an eating pattern, as all regions will have unique cuisines and their intakes of different foods and ingredients will vary, a few critical elements of the diets remain consistent across the region: high intakes of extra virgin olive oil (rich in monounsaturated fats), fresh fruit, vegetables, lentils, and whole grains, and moderate to low servings of fish (rich in omega-3 fatty acids), dairy, poultry, red wine, and red meat.

Traditional Mediterranean cultures also tended to have strong social bonds and communities. They’d eat meals with close friends or family while incorporating physical activity and movement into their daily routines.

Why has it become so revered by nutritionists and dietitians?

While its history is rooted in Mediterranean cultures dating back centuries, it first came to the attention of Western nutrition scientists in the 1950s through the work of Ancel Keys.

Keys was a scientist revered for his work in metabolism and developing rations for the U.S. army during the Second World War. Post-1945, heart disease in the U.S. started to increase and soon became the country’s number one cause of death.

Keys’ attention soon turned to the Mediterranean when an Italian colleague informed him that countries from the region had a very low incidence of heart disease.

Keys spent the preceding years analysing individuals’ diets, health, and cholesterol levels across the Mediterranean regions and the U.S., Japan, and Finland, which became the now famous Seven Countries Study.

Keys’ findings supported his hypothesis as the Mediterranean countries showed lower rates of heart disease compared to countries such as Finland and the U.S.

In contrast, despite a very different diet to those in the Mediterranean, Japan showed similarly low rates of heart disease.

Promoted by global bodies such as the American Heart Association, the diet-heart hypothesis has since been a subject of intense debate between nutrition and health scientists. Still, a Mediterranean-style diet has been promoted as the heart-healthy diet since.

This had a global impact on dietary guidelines. The U.S., the UK, Canada, Australia, and New Zealand adopted low-fat guidelines which advise people to eat diets rich in carbohydrates and low in fat.

A key measure of our health is maintaining a healthy weight. Living with obesity is a critical risk factor associated with developing chronic diseases such as type-2 diabetes, heart disease, and some forms of cancer.

Multiple cross-sectional studies (a study that analyses data from a subset of the population) have shown that people who adhere to a Mediterranean diet are less likely to be obese.

One study showed that participants with high adherence to a Mediterranean diet were 51% less likely to be obese than those with low adherence.

Recent research suggests that restricting fat may hinder your ability to lose weight as it may change the reward signalling in your brain, resulting in a desire to consume more energy-dense, ultra-processed foods, such as crisps, pastries, and sugary cereals.

Lower-carbohydrate and Mediterranean diets are naturally higher in fat from whole foods compared to low-fat diets and may support sustainable weight loss in the long term.

A large randomised controlled trial involving over 7,000 participants investigated the effects of a Mediterranean diet supplemented with added extra virgin olive oil or nuts, compared to a low-fat diet, in individuals at risk of cardiovascular disease.

The study is a primary prevention trial, as they want to know whether the diets impact individuals before they experience a cardiovascular event, like a stroke or heart attack.

The Mediterranean diet with added extra virgin olive oil was also shown to lower the risk of death from all causes compared to the low-fat diet by 10%.

Secondary analysis of these participants also showed that the Mediterranean diet lowered the risk of developing type-2 diabetes by 52% and breast cancer in women by 68%.

Another randomised controlled trial with over 1,000 participants with existing cardiovascular disease investigated the effect of the Mediterranean diet on the risk of experiencing future cardiovascular events.

This is known as a secondary prevention trial, as they’re looking into the impact of the diet on individuals who already have the disease.

The study showed that a Mediterranean diet reduced the risk of experiencing another cardiovascular event, such as heart attack or stroke, by 27% compared to a low-fat diet.

Interestingly, the researchers also analysed how well participants adhered to their diets. They found that those on the Mediterranean diet could meet their minimum target of eating at least 35% of their calories from fat and averaged around 40%.

In contrast, those on a low-fat diet struggled to adhere to their target of eating less than 30% of their calories from fat, averaging 32%. This suggests that strict low-fat diets may be difficult to maintain in the long term.

The link between diet and mental health is a relatively new area. The emergence of our understanding of the gut and how it impacts our mental health has led to more research being conducted in this area.

Considering diet is likely the best way to improve our gut health, it’s logical to assume that a healthy diet may also improve our mental health. But is there any evidence for this?

The SMILES trial was one of the world’s first randomised controlled trials looking into the effect of diet on individuals living with clinical depression.

Another randomised controlled trial compared the impact of a Mediterranean diet supplemented with fish oil tablets and social support on individuals living with clinical depression.

It’s important to note that these trials don’t suggest that a healthy diet is the most effective way to treat depression and mental health.

It’s possible that the social support interventions within these studies aren’t very effective for people living with depression, which may exaggerate the impact of diet interventions.

Mental illness is a complex issue with multiple factors, such as sleep, stress, previous psychological traumas, and genetics.

But these studies suggest that improving our physical health through improved nutrition may have both direct (improved gut health) and indirect (stable energy levels) effects on our mental health.

What are the cons of the Mediterranean diet?

The main criticism of the Mediterranean diet is that it’s not culturally appropriate for everyone. It’s challenging to advise individuals living in the Middle East to eat a Mediterranean diet, for example, as it might not reflect the foods typically enjoyed in their culture.

As a way of eating, there’s also been confusion about what a Mediterranean diet is.

Dietary guidelines have often promoted the use of a low-fat Mediterranean diet, despite traditional Mediterranean diets being rich in fat from whole foods, such as olive oil, dairy products, red meat, and oily fish like mackerel and sardines, and randomised controlled trials showing Mediterranean diets higher in fat are more effective at improving health outcomes.

A Mediterranean diet is a healthy way to eat. There’s enough research showing that it can positively affect our health, reduce our risk of chronic diseases such as type-2 diabetes, and improve our mental health.

What we can do, however, is focus on the critical elements of the traditional Mediterranean diet and lifestyle that seems to promote good health:

It’s likely that, while the Mediterranean diet has been proven to be a healthy way to eat, the overarching benefits come from the lifestyle of the individuals living in these regions, as opposed to the diet alone.