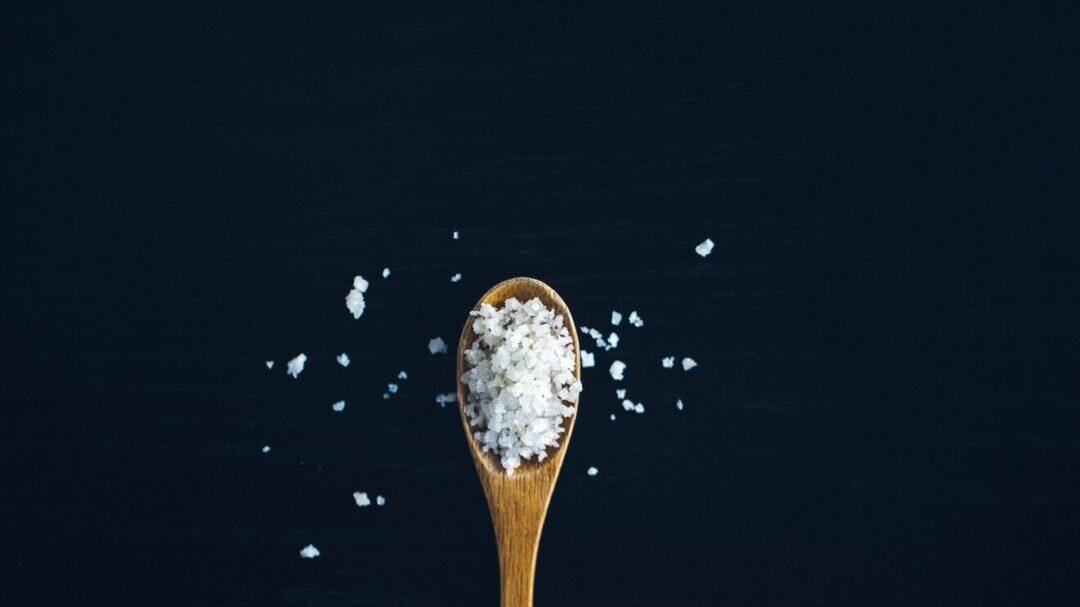 We’re often told that overeating salt is bad for our health and that we should all eat a low-sodium diet. Salt consumption has been linked to high blood pressure, heart disease, heart failure, and strokes.

Government organisations and national campaigns have set recommended salt targets to help us to reduce our daily salt intake; food labels are awash with information on their ‘low-sodium levels’.

However, these recommendations have been challenged by some scientists who say that salt isn’t as bad as we’re led to believe.

Many negative associations with high salt intake are less to do with salt and are more related to unhealthy, processed foods such as crisps, pizza, and hotdogs, which contain large amounts of salt.

This guide will examine why salt is essential to a healthy diet and doesn’t need to be avoided altogether.

Salt is added to foods for flavour and preservation. Table salt is most commonly used in households, and it’s made from sodium (40%) and chloride (60%). (The technical term for table salt is sodium chloride.)

Both sodium and chloride are essential minerals for a healthy diet. They play an important role in the contraction and relaxation of muscles and the conduction of nerve signals.

They also help our bodies to sustain a healthy balance of minerals and water. Therefore, having too little salt in the diet can lead to health problems.

What are the national guidelines around salt?

The World Health Organisation (WHO) currently recommends that we eat no more than 5g of salt each day, and the UK Government recommends no more than 6g (one teaspoon) per day.

The national guidelines are in place because they believe sodium raises blood pressure, which they say is a risk factor for heart disease.

However, as we’ll discuss later, this notion is based on weak scientific evidence, mainly from observational studies (which can’t prove causation). The WHO salt targets were based on results from the INTERSALT study.

This epidemiological study (a type of observational study that investigates the distribution, patterns, and causes of diseases in populations) examined relationships between the amount of sodium in diets and blood pressure in over 10,000 people across 32 countries.

Results showed that blood pressure increased by 3-6 mmHg (systolic) and 0-3 mmHg (diastolic) for every additional teaspoon of salt consumed. Targets were based on these findings, even though the increases in blood pressure were very small.

The science behind salt and health

Higher-quality studies (known as Cochrane reviews)
have shown a low salt diet (between 4-6g of salt per day) is effective in lowering blood pressure in people with high blood pressure (hypertension).

However, the effects are much smaller in people with normal blood pressure. Blood pressure is reduced by as little as 1-2 mmHg in healthy people, which is not a clinically significant amount. Therefore, reducing salt won’t help everyone lower their blood pressure.

Some people are, however, more susceptible to the blood pressure-raising effects of salt, perhaps due to genetics and other factors.

An extensive and recent review concluded that the DASH diet reduces blood pressure by a small amount. However, experts argue that the reductions in blood pressure are not due to the salt itself but other beneficial dietary aspects (i.e. increased fruits and vegetables and whole grains).

Put together, reducing dietary salt intake is unlikely to significantly impact reducing blood pressure in healthy people. However, it may help a minority of salt-sensitive individuals.

However, this isn’t reflected in national guidance, which has applied a “one size fits all” approach to salt recommendations by telling us all that we need to cut down.

Although salt may affect blood pressure in certain populations, it’s unclear whether reducing the amount of salt in the diet lowers the overall risk of heart disease, stroke, or related deaths.

Some studies have shown a reduction in deaths from cardiovascular disease (heart disease and stroke), whereas others have found little effect. These discrepancies could be partly due to differences in salt measurement and study populations.

A combined study of over 3,000 people showed that cardiovascular events were lower in people following a low-salt diet for up to a year compared with those on their regular diet.

The researchers concluded that people on the low salt diet had a 30% lower incidence of cardiovascular events 10-15 years later. It should be noted, however, that this study had three significant limitations.

Firstly, dietary salt levels weren’t controlled in the low salt group, which could have affected the accuracy of the results. Secondly, the salt intake for participants in the regular diet group wasn’t measured. Finally, the intervention was done over a year, with follow-up data collected 10-15 years later.

Cardiovascular events occurring many years later could have been influenced by other factors (i.e. diet, exercise, smoking) after the initial intervention.

Whilst dietary advice and salt substitutes reduced the amount of salt eaten; this didn’t lead to any clinically significant reductions in heart attacks, strokes, or death.

Should we reduce our salt intake?

The short answer to this is no. Cutting down on the amount of salt we eat could be helpful for a minority of people, such as salt-sensitive individuals. But for healthy individuals, reducing salt intake is unlikely to significantly impact health and disease risk.

Salt is an essential component of a healthy diet. Many of the negative associations with salt are less to do with salt itself and more related to unhealthy, ultra-processed salty foods such as crisps, hamburgers, and pizzas (which happen to contain lots of salt).

Therefore, adding a pinch of salt to your meals at the table or during cooking is OK to enhance the taste and flavour.

People following a low carbohydrate diet, in particular, don’t need to be concerned about the amount of salt in their diet. When you eat fewer carbohydrates, this has a diuretic effect on the kidneys.

This means that more salts and minerals are lost through urine. Too little salt in the body could result in side effects such as headaches, leg cramps and dizziness. Ensuring you have sufficient salt in your diet should minimise the risk of these side effects.

Where is salt found in our diets?

It’s important to note that salt isn’t inherently bad. As we’ve mentioned previously, we need some salt in our diets to maintain general health.

However, for healthy individuals, reducing salt intake is unlikely to significantly impact health and disease risk.

Salt is found in almost every food that we eat in varying amounts. Fruit and vegetables, for example, naturally contain very low amounts of salt. Whereas manufactured foods, such as bread, ready meals, and sauces, can contain high amounts of salt.

Salt is often added to popular processed foods and everyday products to enhance the taste. Some examples can be seen in the table below (brands vary):

We generally don’t need to worry about salt added to food during cooking and at the table as this makes up only around 20% of our salt intake.

The remaining 80% comes from processed and manufactured foods. The UK National Diet and Nutrition Survey (NDNS) showed that the primary sources of salt in the UK diet are cereals and processed meat products.