Is fat bad for you? 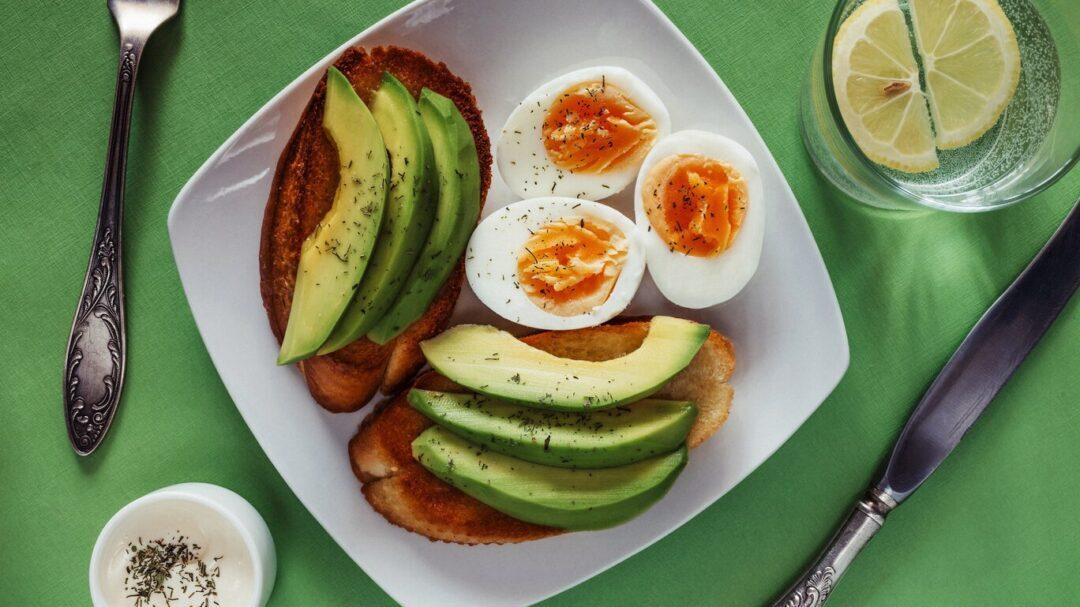 Jump to: Why fat is good for you | Aids weight loss | Reduces your risk of chronic disease | Increases absorption of fat-soluble vitamins | Take home message

Fat was first demonised in the 1950s as it was believed that too much fat in the diet was a leading cause of heart disease. This was primarily due to observational data showing an association between dietary fat and heart disease deaths.

Fat was then linked to cholesterol levels in the blood, and as it was believed that cholesterol caused heart disease – fat was identified as the dietary boogeyman, particularly saturated fat. International guidelines since the 1970s have advised a high-carbohydrate, low-fat diet.

It’s worth noting the story is a lot more complex than this, and if you’d like to understand it in more detail, read our series on heart disease here.

Fat is also more energy-dense than carbohydrates at 9 kcal per gram compared to 4 kcal. So using the simple equation of calories in VS calories out, it was believed that fat would be inherently more fattening than carbohydrate.

However, science has progressed since then, and our understanding of fat and its role in the body has evolved.

Why fat is good for you

Human intervention trials have shown that higher fat intake from natural whole foods, as opposed to lower-fat intake, is beneficial for our health in three key areas:

1) Aids weight loss: There’s now a plethora of research showing that diets that don’t restrict fat and are naturally higher in fat – such as the Mediterranean and low-carbohydrate diets – help people lose weight without counting calories and are more sustainable in the long term.

2) Reduces your risk of chronic disease: Despite the previous belief that fat causes heart disease and type 2 diabetes, research has shown that diets that don’t restrict fat reduce your risk of experiencing cardiovascular events such as a heart attack and can help to put type 2 diabetes into remission.

3) Increases absorption of fat-soluble vitamins: Vitamins A, D, E, and K are all fat soluble, meaning they dissolve in fat and can be stored in your fat stores for later use. Consuming fat alongside these nutrients in your diet helps increase their absorption and maintain good health. 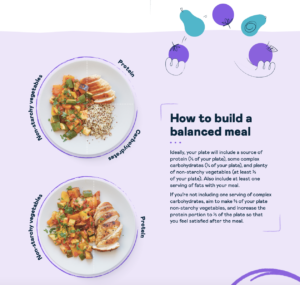 We rely on high-quality evidence from human intervention trials to inform our nutrition guidelines at Second Nature. Studies have repeatedly shown a positive link between fat consumption from whole foods and health; therefore, we provide guidance on how to include fat in a healthy balanced diet.

Join 150,000 people like Jo, who’ve joined Second Nature and food freedom to lose weight and change their health for good. To start, click here to take our health quiz.

Otherwise, keep reading as we look deeper into why fat is good for you and should be included in your diet.

The science of weight loss is simple in its theory but difficult in practice. You’ll hear people say all you need to do to lose weight is be in a calorie (energy) deficit. So if you burn off more calories than you burn, then you’ll lose weight.

While this is technically true, a calorie deficit is required to lose weight; it’s not about what you need to do but how you achieve that. Research suggests that diets that don’t restrict fat and have more flexibility can lead to more sustainable weight loss.

A randomised controlled trial compared four different diets and their impact on weight loss after 12 months:

The study showed that the Atkins higher fat diet was almost twice as effective at supporting weight loss compared to the other diets. The Atkins group achieved an average weight loss of 4.6kg, Zone 1.6kg, Ornish 2.2kg, and LEARN 2.6kg.

However, the Atkins diet is not generally recommended as a sustainable option as it’s pretty strict with its carbohydrate guidelines. Other more flexible approaches may be more appropriate for the majority. Still, it suggests a potential advantage of enjoying higher fat levels in your diet.

Despite this, the low-carbohydrate group consumed fewer calories than the low-fat diet and eventually lost more weight. This suggests that diets higher in fat can be ‘self-limiting’ and help people lose weight without counting calories.

Not restricting fat below 30% of your energy intake seems important

A recent study showed that limiting dietary fat to less than 30% of total energy during weight loss changed dopamine signalling in the brain. This encouraged the consumption of ultra-processed foods rich in refined carbohydrates, added fat, and sugar.

This impact on dopamine may explain some results in randomised controlled trials that suggest diets lower in fat are challenging to adhere to for many people.

Similarly, a study looked at the impact of a low-fat and Mediterranean diet on risk factors for cardiovascular disease. Interestingly, the researchers also analysed how well participants adhered to their diets.

This suggests that strict low-fat diets may be difficult to maintain in the long term. Fat is more energy-dense than carbohydrates, but its biological effects on the body mean it may help you eat less overall.

2) Reduces your risk of chronic disease

We know that our health is about a lot more than our numbers on the scale, and conditions such as type 2 diabetes, hypertension (high blood pressure), and heart disease can occur in both healthy weight and obese individuals.

High-quality human intervention trials comparing dietary patterns of similar design with different levels of fat intake indicate a positive effect of fat on our risk of these conditions.

A large randomised controlled trial with over 7,000 participants investigated the effects of a Mediterranean diet supplemented with more fat – either in the form of added extra virgin olive oil or nuts – compared to a low-fat diet in individuals at risk of cardiovascular disease.

Similarly, a recent randomised controlled trial compared a lower-fat DASH diet to a higher-fat DASH diet to determine their effects on weight loss outcomes and other risk factors for cardiovascular disease, such as very-low-density lipoprotein (VLDL) and triglycerides.

These associations appear to be independent of other markers of our health, such as weight or current health status. This indicates that whether you’re a healthy weight, obese, or currently living with type 2 diabetes – increasing your intake and absorption of fat-soluble vitamins could support health improvements.

Fat-soluble vitamins play essential roles in our bodies. Here’s a quick breakdown of their primary functions:

Human-intervention trials have consistently shown that increasing dietary fat intake can increase the number of fat-soluble vitamins absorbed by the body; leading to increased levels in the blood where they can be made available to the cells that need them.

Likewise, another study showed that the addition of a single avocado in place of whole grains to the diet increased the absorption of vitamin A by 25% more than a lower-fat diet.

This research suggests that, alongside sufficient amounts of fat-soluble vitamins in your diet, consuming enough fat in your meals can increase the amount your body absorbs. This increase in absorption could lead to health improvements in the long term.

We’ve often been too black and white about nutrition in the past. Fat is bad. Carbs are bad. Sugar is bad. Bacon is bad. Wine is good.

The truth is, it’s often a little bit more complicated than it may first appear. Just because something is associated with a specific disease or condition in observational research doesn’t mean it’s precisely what causes that disease process to start or worsen.

Fat is a fine example of how we’ve tried to oversimplify our approach to nutrition and failed to look at the bigger picture. Our bodies are designed to metabolise and utilise fat to their advantage. A diet that doesn’t restrict fat will likely promote weight loss, reduce your risk of chronic disease, and improve your overall health.

Low-FODMAP diet: All you need to know

How to lose weight fast: The truth behind fast weight loss