The best diet for IBS 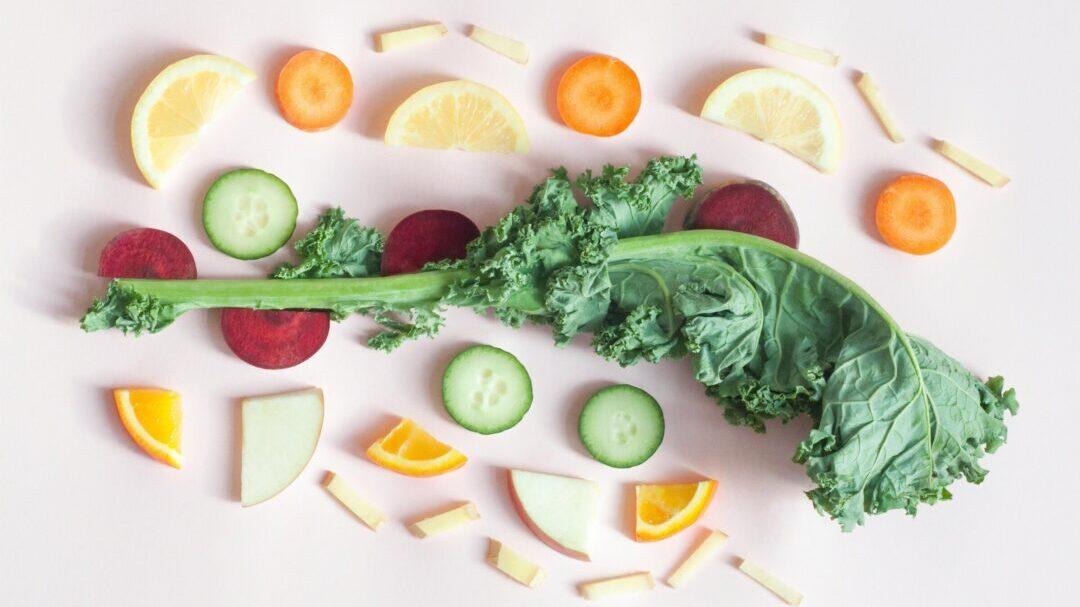 Jump to: The best diet for IBS | Do you have IBS? | Low-FODMAP diet | Whole food diet | Other lifestyle changes | Take home message

What’s the best diet for IBS?

The best diet for IBS is unquestionably based on a high consumption of whole foods, a low consumption of ultra-processed foods, and one personalised to the individual’s tolerance for different FODMAPs.

FODMAPs are types of carbohydrates fermented in the GI tract and can cause symptoms in individuals living with IBS, such as bloating, pain, cramping, or diarrhoea.

The best diet for IBS should encourage the consumption of: 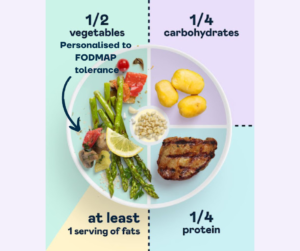 The best diet for IBS should discourage the consumption of:

Do you have IBS?

Irritable bowel syndrome (IBS) is a chronic gastrointestinal (GI) tract condition. It’s estimated to affect 9-23% of the population and exists on a broad spectrum of severity and symptoms.

While the underlying causes of IBS aren’t yet fully understood, diet, nutrition, and food choices play a role in developing, managing, and treating IBS.

Something to be mindful of is that this approach to diet for IBS – with the focus on FODMAPs being an essential part – should only be considered for individuals with a clinical diagnosis of IBS.

This isn’t to say this approach can’t benefit your health if you don’t have IBS, more so that a low-FODMAP intervention requires a big commitment and might not be needed for everyone.

You might be experiencing IBS-like symptoms due to several IBS-like disorders such as SIBO, non-celiac gluten sensitivity, or leaky gut.

You may also be living with an inflammatory bowel disease, such as Crohn’s disease or ulcerative colitis, which are heavily influenced by your lifestyle and diet quality.

All of these conditions relating to the health of our GI tract can display IBS-like symptoms, so if you’re concerned about your gut health, it’s worth booking an appointment with your doctor and healthcare team to see if you can get a clearer picture of what you’re dealing with.

We know that ultra-processed food consumption, smoking, excess alcohol consumption, mental health, and a lack of physical activity and exercise can all impact the health of the GI tract and lead to IBS-like symptoms such as bloating, cramping, and pain.

Individuals like Becky have found their IBS-like symptoms all but disappear on the Second Nature programme after making changes to their diet and lifestyle.

Moving to a whole-food diet, improving your relationship with stress, and exercising more could relieve many of the symptoms you experience.

At Second Nature, you’re supported by a registered dietitian or nutritionist with clinical experience in managing gut health through lifestyle and diet changes.

Our health coaches are there to support you throughout your lifestyle change and help alleviate your IBS-like symptoms.

If you’d like to join over 150,000 people who’ve joined Second Nature, click here to take our health quiz.

Otherwise, keep reading as we dig into the science of the best IBS diet and how to start making changes to improve your health in the long term.

The most common symptoms of IBS and IBS-like disorders are diarrhoea and constipation, with many also experiencing cramping and bloating.

It’s long been known that FODMAPs (also referred to as short-chain carbohydrates) can cause abdominal discomfort, particularly in people living with IBS.

Randomised controlled trials in the last 12 years have provided evidence to support the use of a low-FODMAP diet for IBS.

Much of the research has been conducted in Australia, and the FODMAP diet is internationally regarded as a frontline treatment for IBS and IBS-like disorders.

This is supported by a recent meta-analysis (a study of many studies) which analysed nine randomised controlled trials in over 700 participants to determine the impact of the low-FODMAP diet on IBS and quality of life.

The results showed that the low-FODMAP diet was 66% more likely to reduce the severity of IBS-like symptoms than a typical diet based on national dietary guidelines. Most patients (68-86%) on low-FODMAP diets will see an improvement in symptoms.

The study also showed that the low-FODMAP diet improved quality of life scores as measured by questionnaires before and after the intervention.

Here’s a basic breakdown of the treatment pathway for a low-FODMAP diet: The consumption of ultra-processed foods has been linked to the development of obesity, type 2 diabetes, dementia, heart disease, and even some cancers.

Scientists are also starting to suggest that a high intake of ultra-processed foods could be linked to developing inflammatory bowel diseases and triggering IBS-like symptoms such as bloating, cramping, pain, flatulence, and diarrhoea.

We know that people living with IBS and experiencing IBS-like symptoms have an altered gut microbiota (gut bacteria population) compared to healthy individuals without IBS.

One proposed mechanism whereby ultra-processed foods could be linked to IBS is altering the gut microbiota.

A cross-sectional study of 359 individuals found that higher ultra-processed food consumption was associated with an altered gut microbiota compared to individuals with a lower intake.

Similarly, a smaller study of 59 individuals also showed an association between ultra-processed food consumption and changes in the gut microbiota, along with leptin resistance. Leptin is a hormone released by your fat tissue that helps your brain regulate hunger and fullness signals.

As these studies were cross-sectional (meaning they weren’t intervention studies), we don’t know precisely whether the foods are causing the changes in the gut bacteria or whether other elements of their lifestyle also influence this relationship.

However, it’s clear that ultra-processed food consumption harms our health and is potentially implicated in developing gut-related conditions. Therefore, basing your diet around the consumption of whole foods is essential alongside a personalised FODMAP intake.

We’ve got a comprehensive guide dedicated to building a healthy balanced diet based on whole foods here. But here’s a quick overview:

A balanced whole-food diet should contain:

The root causes of IBS, and other IBS-like disorders are still poorly understood.

Like many health conditions, such as type 2 diabetes and obesity, there’s no single cause. Often, many interlinking factors contribute to the development and progression of the condition.

Because of the multifactorial nature of IBS and IBS-like disorders, treatment must be multi-disciplinary and focus on the individual’s overall health.

Research has shown that mental health conditions, in particular, excess perceived stress, can alter the composition, growth, and function of our gut bacteria (microbiota), disrupting the gut-brain axis and impacting our mental and physical health.

A recent randomised controlled trial demonstrated the connection between mental health, the gut, and IBS. The study randomised 74 participants to either a low-FODMAP diet, a gut-directed hypnotherapy intervention, or a combination of the two.

The results showed that the hypnotherapy, low-FODMAP, and combined interventions significantly improved IBS-like symptoms such as bloating, diarrhoea, constipation, and nausea after six weeks.

Interestingly, while not statistically significant, the hypnotherapy intervention was 21% more effective at reducing overall symptoms compared to low-FODMAP and 28% compared to the combined intervention.

These studies demonstrate the connection between our psychological and physical health. We often view them as somehow separate from one another, but they are one and the same.

One of the underlying causes (or outcomes) of IBS and IBS-like disorders seems to be an altered gut microbiota. Interestingly, exercise has been shown to alter the function and composition of our gut bacteria independent of other changes.

Due to the impact of exercise on our gut, it’s possible that exercise and physical activity could also support individuals living with IBS.

The study showed that the exercise intervention was 90% more effective at reducing IBS-related symptom scores than the control group (-51 vs -5).

This research demonstrates that increasing physical activity and exercise could effectively support the management of IBS.

Probiotic and prebiotic supplements have also been trialled alongside low-FODMAP diets to support IBS, with promising results.

IBS is a chronic and sometimes debilitating condition of the GI tract that can significantly impact your quality of life.

When properly diagnosed, there are effective ways to manage the condition through a personalised diet based on whole foods and other positive lifestyle changes.

You must take a holistic approach to your gut health. Promising research shows interventions using exercise and psychological therapies can be just as effective as reducing IBS symptoms as a low-FODMAP diet.

So, if you’re making the necessary changes to improve your diet to help with your IBS, we’d recommend also reflecting on other areas of your lifestyle that will help you manage the condition.