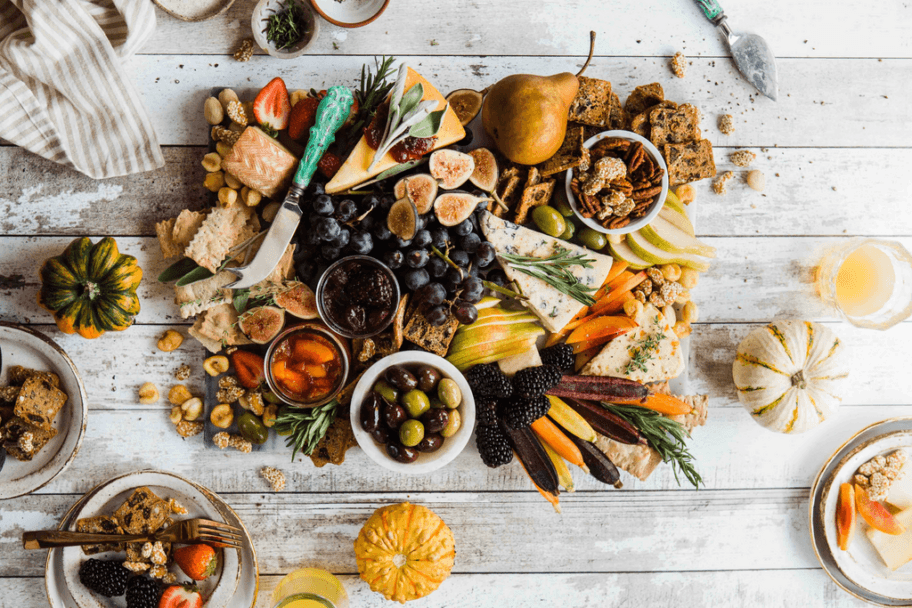 What’s the best diet for PCOS?

Unfortunately, there’s no ‘best diet’ for PCOS that’s been proven as the most effective, but there are three common issues observed in women living with the condition:

By following a diet that improves one, two, or all three of these, you’ll likely see improvements in your overall health and a reduction in the severity and number of symptoms you experience, which will help you manage your condition in the long term.

All diets based on whole foods will aid weight loss and support improvements in insulin sensitivity and chronic inflammation.

Alongside this, a meta-analysis that analyses the results of many different trials on one topic has also shown that lower-carbohydrate diets were associated with improvements in women living with PCOS compared to low-fat diets.

Lower-carb doesn’t mean a no-carb diet. But a diet lower in carbohydrates than many people are currently consuming and higher in high-fibre carbohydrates, such as whole grains, sweet potatoes, lentils, and brown rice, enables you to stabilise blood sugar levels, lower insulin resistance, and maintain a healthy weight. 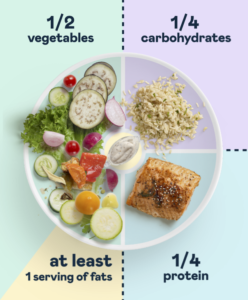 Polycystic ovary syndrome or polycystic ovarian syndrome (PCOS) is an endocrine disorder that affects approximately 5-10% of females of reproductive age. Other health conditions often complicate it.

It can affect how the ovaries work and cause symptoms and complications such as irregular periods and disrupted menstrual cycle, pain, weight gain, excessive hair growth, ovarian cysts, ovulation issues, and infertility.

There’s no known cause of PCOS, but genetic, environmental, and certain lifestyle factors are known to play a role in the development of the condition.

There’s also no cure for PCOS, but it can be treated through maintaining healthy lifestyle behaviours such as exercise, sleep, and diet.

At Second Nature, we promote a whole-food diet rich in protein, healthy fat, fibre, and suitable levels of complex carbohydrates for your lifestyle and preferences.

Members living with PCOS have reported many improvements in their health since joining our programme.

If you’d like to receive 1-2-1 support from a registered dietitian or nutritionist to help manage your condition through a healthy lifestyle, click here to take our health quiz.

Otherwise, keep reading as we dig into the science behind the impact diet can have on PCOS. You’ll find three sections outlining different lines of evidence, with a summary at the end.

Insulin resistance is a condition in which the body’s cells no longer respond to the hormone insulin, which prevents the transport of glucose (sugar) and fat from being burnt for energy or stored for later use.

It also leads to hormonal imbalances that can negatively affect women living with PCOS and may impact cholesterol balance in the body.

Research suggests that around 70% of women living with PCOS are insulin resistant and have high insulin levels. Still, there’s uncertainty on whether PCOS is causing insulin resistance or vice-versa.

While insulin resistance has been shown to lead to hormonal imbalances similar to those observed in PCOS, excess androgen levels – a symptom of PCOS – can also worsen insulin resistance. So we’re left in a bit of a chicken or egg scenario.

What’s certain, however, is that if you’re able to improve insulin resistance through healthy eating, you’ll be able to enhance your body’s overall function and health.

A cross-sectional study found that the levels of insulin resistance in women living with PCOS who adhered to a healthy diet were 88% lower compared to women who were eating an unhealthy diet.

Any diet rich in whole foods is likely to improve insulin resistance. Still, human trials have suggested an advantage for diets higher in fat and protein and lower in carbohydrates as they seem to lower cravings for ultra-processed foods.

A randomised controlled trial compared the impact of a Mediterranean diet rich in olive oil, low-fat, and lower-carbohydrate diet on individuals living with insulin resistance.

Participants in the lower-carbohydrate and Mediterranean groups saw significant improvements in markers of insulin resistance after 24 months. In contrast, only modest improvements were observed in the low-fat group.

These observations are supported by a recent meta-analysis that suggests diets lower in carbohydrates and higher in fat and protein are more effective at improving insulin resistance.

Similarly, a recent pilot study has also shown that lower-carb diets may be more sustainable for women living with PCOS in the long run.

This study suggests that more significant long-term benefits may be seen when adopting diets higher in protein and fat and lower in carbohydrates than traditional low-fat diets.

If you’d like to get a feel for a lower-carb diet based on whole foods, click here for an NHS-trusted diet plan.

PCOS can lead to certain micronutrient deficiencies, particularly in iron and B vitamins. Therefore, supplementation might be recommended. It’s best to speak with your local healthcare team to see if this is necessary.

Inflammation has a bad reputation, but it’s essential to know that inflammation is the body’s healing process. Inflammation is critical to allowing our body’s to heal, repair, and grow stronger over time.

The problem comes when your body is in a state of chronic (long-term) inflammation, which suggests that there’s excess stress on the body that it has to respond to.

The difficulty in studying inflammation – and knowing what diet is best to solve it – is that it tends to be very specific and misses the overall effect.

For example, a study may investigate the impact of a diet on liver inflammation and find no effect but not measure markers of gut inflammation where an effect could have been seen.

Still, research suggests that different diets based on whole foods can lower varying markers of inflammation.

A randomised controlled trial investigated the impact of a DASH diet on women living with PCOS.

The study showed significant reductions in c-reactive protein (CRP), a marker for inflammation released by the liver, compared to a control diet based on ultra-processed foods.

But it seems that any dietary pattern based on whole foods has the potential to improve levels of inflammation in the body.

However, as research has suggested that low-fat diets are difficult to sustain long-term, diets promoting higher fat intake based on whole food consumption may lead to longer-term benefits.

Alongside this, here are some foods to include in your diet:

Living with obesity and having excess body fat can lead to insulin resistance and chronic inflammation.

Therefore, losing weight is an effective way to improve insulin resistance and chronic inflammation. This is primarily achieved by reducing the size of your fat cells.

Your fat cells have a size at which they start to become dysfunctional and release pro-inflammatory proteins into the bloodstream, known as cytokines.

These cytokines become detrimental to the body in higher volumes and worsen insulin resistance.

So by losing weight, you’ll reduce your fat cell size, reduce the number of pro-inflammatory cytokines in the blood, and therefore improve your levels of chronic inflammation and insulin resistance.

Studies have shown that any diet based on whole foods has the potential to support weight loss in the short term.

However, it’s essential to dig deeper into the question and see what’s sustainable for individuals in the long term rather than what’s possible in a research setting.

A recent randomised controlled trial compared the effect of two diets. In one group, the participants were advised to eat a low-fat diet where less than 30% of their calories came from fat.

In comparison, the second group consumed a higher-fat Mediterranean diet where more than 35% of their calories were recommended to come from fat.

Participants in the low-fat group consumed around 32% of their calories from fat, suggesting they struggled to adhere to their recommended target.

In contrast, the participants in the Mediterranean group were able to adhere to their minimum target and consumed around 40% of their calories from fat.

Recent research suggests that restricting fat may hinder your ability to lose weight as it may change the reward signalling in your brain, resulting in a desire to consume more energy-dense, ultra-processed foods, such as crisps, pastries, and sugary cereals.

Randomised controlled trials support this theory. One study compared the impact of a low-fat, low-carbohydrate, and Mediterranean diet on weight loss.

Click here for some PCOS-friendly recipes to help you achieve a healthy body weight.

No single diet should be prescribed for individuals living with PCOS. Every individual will have their own experience with the condition; the symptoms will vary significantly along with the severity.

Along with other lifestyle changes such as improved sleep and physical activity, there’s good research to suggest that an improvement in diet can have a positive impact on the ability to manage the condition by treating these three issues commonly associated with PCOS:

The most crucial aspect of any diet is sustainability, and it seems that diets that are naturally higher in fat, such as lower-carb diets or the Mediterranean diet, have a positive impact on three of the issues associated with PCOS, as well as being shown to be more sustainable than low-fat diets.

If you’d like to try a way of eating that helps you feel satisfied and full of energy and has been proven to support weight loss and reduce insulin resistance, click here for our 7-day diet plan.