Do eggs raise your cholesterol levels? 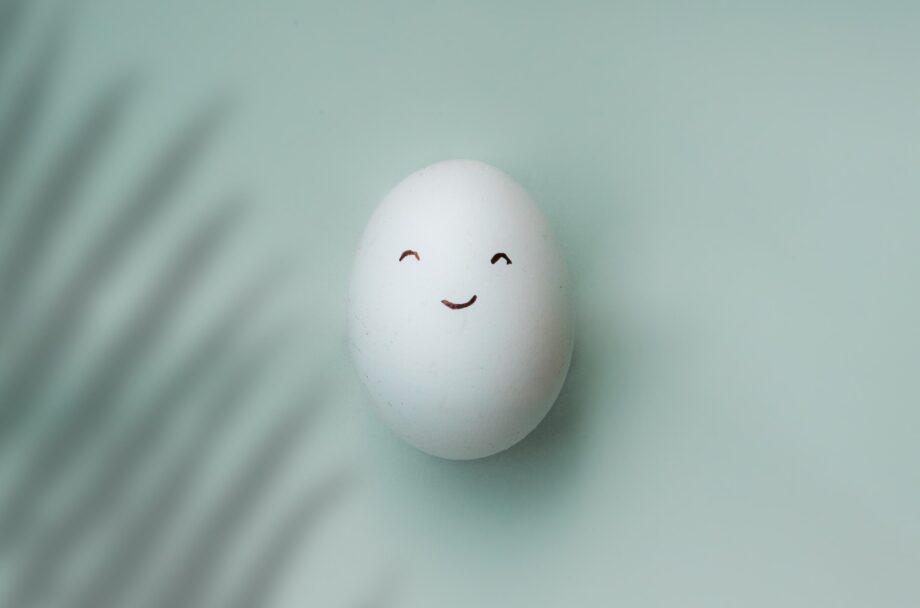 Jump to: Clinical trials have shown no impact of eggs on blood cholesterol levels | Dietary cholesterol is poorly absorbed in our gut | Eggs don’t raise your risk of heart disease | Take home points

Myth: “Eggs will raise your cholesterol and increase your risk of heart disease”

Historically, eggs have had a bit of a bad reputation, mainly due to their saturated fat and dietary cholesterol content in egg yolks. As high cholesterol (particularly LDL cholesterol) levels were previously believed to cause heart disease, eggs were identified as a ‘bad’ food and one to avoid.

At 400 mg of cholesterol per 100g (about one large egg), they’re the richest source of dietary cholesterol in our diets. Should eating eggs concern you? The short answer is no.

At Second Nature, we don’t just accept the status quo from global dietary guidelines; we’re constantly analysing scientific evidence to make our minds up about nutrition, weight loss, and healthy eating to support our members.

If you’d like to be supported by a registered dietitian to help you improve your health and enjoy a wide variety of foods, click here to take our health quiz.

In this guide, we’ll address three lines of evidence busting the myth that eggs raise your cholesterol and increase your risk of heart disease.

Despite the consistent dogma around eggs and their cholesterol content, trials as early as the 1960s showed that eggs didn’t raise total cholesterol levels or the so-called ‘bad’ low-density lipoprotein cholesterol (LDL cholesterol).

To quote Ancel Keys (the researcher that initially hypothesised that cholesterol was the cause of heart disease):

“It is concluded that in adult men the serum [blood] cholesterol level is essentially independent of the cholesterol intake over the whole range of natural human diets. It is probable that infants, children and women are similar”

In plain English: eating high levels of dietary cholesterol has little impact on blood cholesterol levels. Ancel Keys’ research in the 1960s showed this, and studies conducted since then continue to support this observation.

Why this was ignored and guidelines set by the American Heart Association – and other heart foundations – continued to recommend reducing egg consumption to lower cholesterol levels is unclear.

You might also wonder how the amount of cholesterol can be so high in eggs but have little effect on our blood’s cholesterol levels, which we’ll cover in the next section.

2) Dietary cholesterol is poorly absorbed in our gut

Firstly, a bit of background about cholesterol. Cholesterol is so vital to our health that it’s produced by every cell in the human body. Among many functions, it’s required to form cell membranes and acts as a precursor to essential hormones.

Cholesterol is a lipid (meaning it repels water, picture oil in water) and a part of a family of ‘sterols’ (of which there are around 40) that have different bodily functions, some of which can harm our health. (More on this later.)

The vast majority (more than 50%) of dietary cholesterol in eggs and other foods rich in cholesterol is in the non-active form (cholesterol ester). Due to the chemical structure of this non-active form, it can’t make its way past our gut lining to be transported into the bloodstream. It’s simply excreted out in our stool.

What about the free form of cholesterol in eggs?

This is where it gets a bit complicated so let’s use an analogy. Imagine the gut is a bouncer to a nightclub, and it has the choice of whether you’re allowed to enter the nightclub or not.

Now, you’ve got cholesterol and all their sterol friends coming to the door; some are good, some are bad (remember, there are around 40 types of sterols). The problem is, they’re all dressed pretty much the same, and the bouncers can’t tell the difference. So they tend to avoid letting any of them in.

This is what’s happening in the gut daily. It can’t decipher between what it should and shouldn’t let through, so it often rejects everything to be sure. The transportation of cholesterol into our body is a very selective process.

The body responds to increases in dietary cholesterol intake

Interestingly, more recent research has shown a variation in response to dietary cholesterol in humans.

A clinical study provided participants with either a liquid egg drink with 640mg of dietary cholesterol (around three eggs) or a placebo drink for 30 days to determine their blood cholesterol response.

Interestingly, the individuals whose cholesterol went up modestly also had increased activity of certain enzymes that support the body to excrete cholesterol out of the gut or recycle it in the liver.

The body has an inbuilt feedback loop that supports it manage cholesterol levels. So, in the event of increased cholesterol absorption from food, the body increases the activity of different parts of the system to help the body excrete cholesterol out of the gut.

This was displayed in a clinical trial where they fed participants either 0, 1, or 2 eggs a day for 11 weeks. At the end of the intervention, cholesterol levels were unchanged.

This was explained by the increase in the activity of specific receptors in the liver, which we call the LDL-receptors, that help draw in cholesterol into the liver, which can then be recycled or taken to the gut to be excreted.

The theory that eggs could be linked to cardiovascular disease is due to the diet-heart hypothesis, which states that increased blood cholesterol levels will lead to more cholesterol in the artery wall, forming plaques and increasing your risk of a potential heart attack.

This argument falls down for a couple of reasons 1) high cholesterol levels have been shown to be a poor indicator of heart disease risk, and 2) eggs don’t raise your blood cholesterol levels, as we’ve discussed above.

So observational studies are an unreliable way to determine the effect of eggs on heart disease risk. However, human clinical trials measuring other cardiovascular risk factors, such as blood glucose levels, blood pressure, and weight, can indicate whether eggs impact individuals’ risk.

A randomised controlled trial involving 128 participants with pre or type 2 diabetes was conducted to measure the effect of a high or low egg diet on their markers of heart disease risk. The high egg group was instructed to consume more than twelve eggs a week, while the low egg group had less than two eggs per week.

The study showed that, unsurprisingly, cholesterol levels in the high egg group were unchanged compared to their baseline levels. Both groups saw improvements in weight, HbA1c (average blood sugar), and waist circumference.

Surprisingly, only the high egg group saw reductions in blood pressure as systolic blood pressure decreased by 4.94mm Hg and diastolic by 1.72mm Hg. Blood pressure is considered one of the major risk factors in the development of heart disease.

Other studies have also shown similar results: when eggs are consumed in line with a balanced diet, they can support improvements in health and, specifically, reductions in heart disease risk factors like blood pressure and HbA1c.