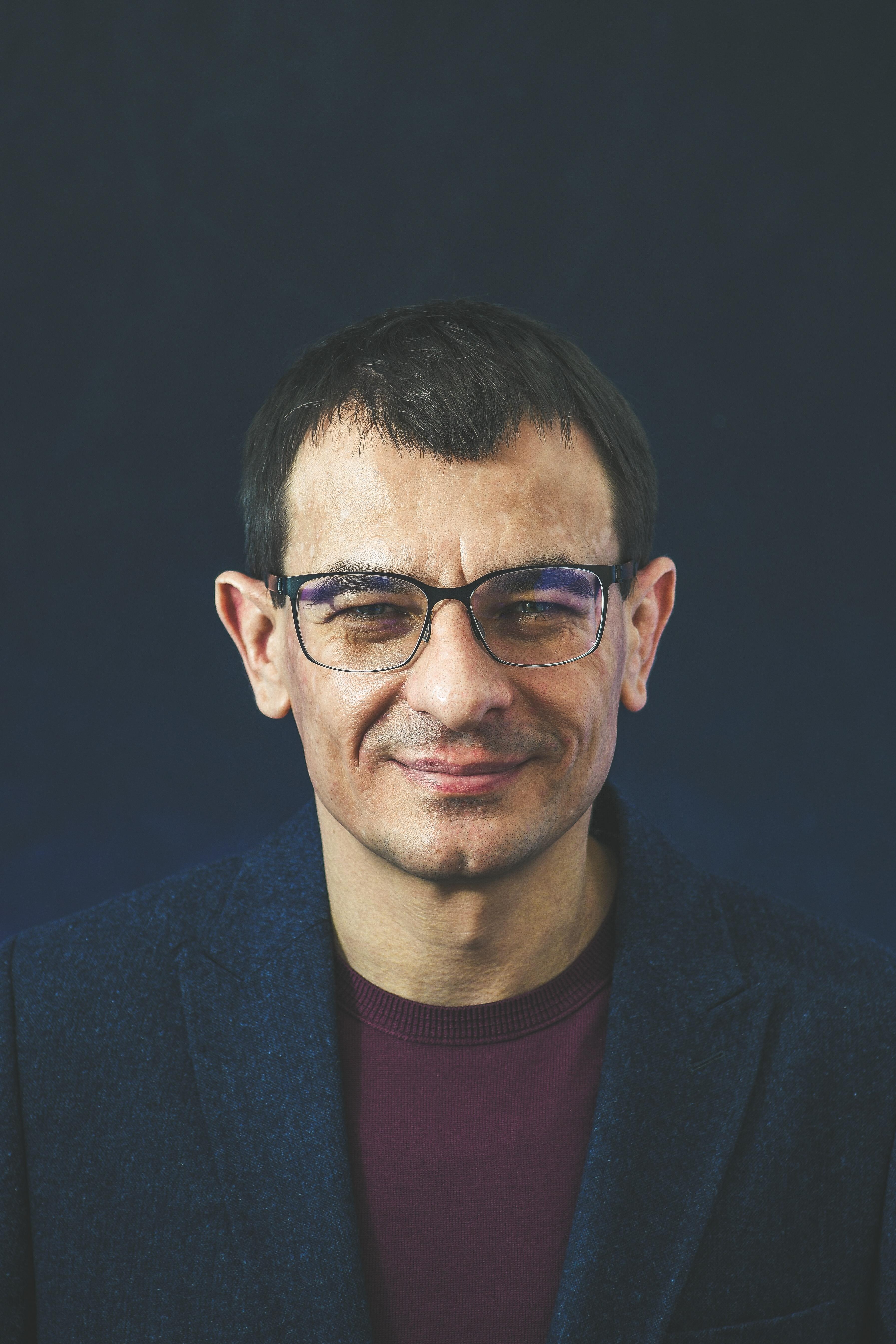 Simon and his wife completed the programme together but decided to go in different groups. They both achieved such remarkable success that we decided to organise a Zoom call with Simon so he could tell us about his experience on the Second Nature programme!

*A stock photo has been used*

Could you tell us a bit about you?

I was 58 when I joined the programme, I’ve worked in the construction industry for the whole of my life, and the vast majority of that was desk-based and reasonably sedentary. When I was younger I used to play squash a lot until I injured my back in my early 30s and stopped playing. Squash is a vicious one on your body with lots of short sharp movements involved!

I had 10-12 years without doing anything after my injury, but then about 10 years ago, friends encouraged me to take up cycling. I thought it would be a bad thing for my back but it actually turned out to be the opposite and really helped me. So that got me back being active and I got relatively fit.

My wife and I, around 2 years ago now, cycled from the north of France to the south of France in 14-days. A tad over 900 miles, it’s their equivalent of the John O’Groats to Lands End! It was an amazing experience, but it was painfully difficult – I felt fat and fit. It was a strange feeling, as you feel you can be overweight and fit and everything was going to be fine, but it wasn’t fine – it was an absolute nightmare! We tried to lose some weight and began doing PT sessions a few times a week and felt fitter still, but we were still overweight. We tried every diet under the sun – I could write a book on all of the different diets, we tried them all!

When you were overweight but fit and active, how were your energy levels? Did you feel quite healthy despite the extra weight?

No not really, that was the strange thing – we felt kind of heavy and fighting our body to do anything. When we were training [for the cycle through France] we were doing 60/70 miles a day, 3/4 times a week on the bike and it was just hard work. We had friends who were doing similar training leaping off of the bikes looking fresh, and we were getting off red-faced and exhausted.

We decided that we needed to do something different, and we started doing a bit more research. We didn’t want to do any more diets, we felt they were a complete waste of time, the thought of doing another one just frustrated me. I found Second Nature on Facebook and read more about it, and decided to take up the Black Friday offer and signed up to start in January [2020].

What’s the biggest change you’ve noticed since being on the programme?

We’ve always tried to focus on being fit as opposed to losing weight. I think the 2 are related, but if you’re fit and your heart is healthy – you’ve got a good chance. At my heaviest, I was 14 stone 1lbs in the middle of last year, and I lost around 5lbs before we joined Second Nature. I weighed myself yesterday and I was 11 stone 7lbs – so in total, I’ve lost just over 2 stone!

Considering you were already fit and active prior to joining the programme, what do you feel has helped you lose the weight?

I would have said before we had a relatively healthy diet, but we ate too much, so our portion sizes were too big. We had a healthy diet in the sense we didn’t eat too much processed food, but what we thought was a healthy balanced diet clearly wasn’t and it was significantly carb-heavy and protein light I would say.

The biggest help to me has been the Healthy Plate Model that you find in the Handbook that’s sent to you. 1/4 plate of protein, 1/4 complex carbs and 1/2 plate of vegetables – it’s what I keep in my mind every time I sit down to eat. This has been the fundamental change for me and my understanding of food.

That seems to be very common, sometimes a simple rebalancing of the foods you’re consuming can make all the difference. Would you say previously you would have balanced your plate out with 1/2 plate of carbs, 1/4 plate of veg, and 1/4 plate of protein?

Yes absolutely, and in terms of vegetables, whereas before we were maybe having 3/4 portions a day, we’re now consuming upwards of 9 portions a day, so a total turnaround! And coming from a cycling background, it’s a very carb/sugar-based sport. It’s all about fast-acting sugar and backed up with cake and things like that. And you always think that it’s OK because you’re supposedly burning it off.

Both being keen cyclists, the conversation then continued to discuss sports nutrition in more detail and professional athletes that are utilising a lower-carbohydrate dietary approach to boost their fat burning capacity and performance. We then returned to discuss the impact of the health coach in support Simon’s progress.

What do you feel the main benefit of having a health coach is?

I think because it’s an educational programme, as well as a healthy eating programme, having someone there who you know has the answers or at least has access to the answers, and has recognised qualifications as opposed to a group leader at a typical slimming club that might not have the same depth of knowledge, was a luxury. I wanted to be educated and I was educated.

My wife and I actually did the programme in different groups. We felt this way we both had personal responsibility as well as being able to support each other. We had quite a traditional background whereby I was the breadwinner and my wife was doing the majority of the cooking, and now we both have the responsibility of what we’re cooking and eating.

We had Amy as our health coach and she was excellent!

Despite being in separate groups, did you and your wife get together and plan your meals?

Yes, I think the big wins from Second Nature were the education and understanding, the support from a dietitian, meal planning, and the quality of the food. The meal planning aspect was like a revelation for me and my wife; my wife is a very good cook – and what she would do was go to the fridge and magic something up.

But after we started meal planning, she said how she didn’t realise how stressful that was, her job was to be inventive, and clever every single night of the week and it was hard work. Whereas now we just sit down on a Sunday, plan the meals, do the shopping list, go and get it [the shopping] and you’re done for the week. We put it all up on a whiteboard and it just made a huge difference, and it was a lot less stressful for my wife.

The amount of food we have saved compared to how much we used to waste, over-ordering, couldn’t use etc, has really made a big difference. Another big thing was cooking enough for lunch the next day – my wife said it’s cut her cooking time in half which is absolutely brilliant.

It’s really good food, it’s taking us less time to prepare, and we’re just enjoying the meals more. The meals that are in the recipe book, on the app, on Instagram, they’re just really good meals. They taste excellent, and it’s not like you’re having something that tastes like cardboard. And because you’re consuming the natural yoghurt, full-fat cream etc you’re enjoying your meals more.

We’ve also noticed that because we’re not overdoing the carbs, we’re no longer experiencing those hunger pangs at 11 in the morning and 4 in the afternoon, and snacking with that constant bloated feeling. Now we’re having more protein, less carbs and we’re not wanting to eat all the time and it’s just so much more pleasant. I feel less bloated, lighter and more energetic in myself.

If you had 1 piece of advice to give to someone thinking about joining the programme?

Number 1 would be to understand the Healthy Plate Model in the Handbook, and what the constituents of them are, what complex carbohydrates are etc. And number 2 would be meal planning – it just structures everything for you. We followed the one in the book to get us started and it just structures it for you.

David: “Second Nature is like a university of healthy living!”

An interview with Anne

Roy: “I feel fitter than I have in years”