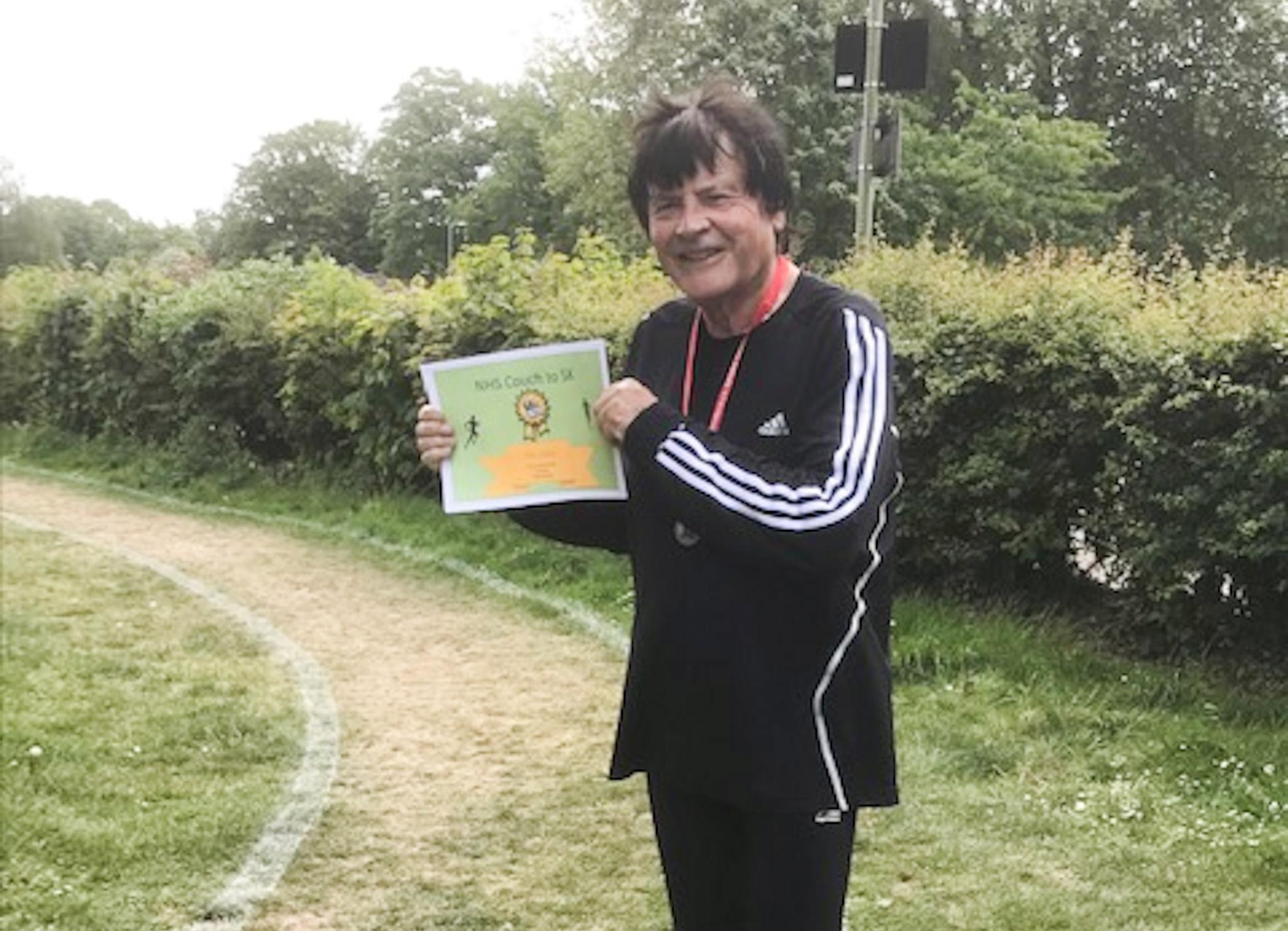 Rob’s weight had crept up over the years and he went on to develop type 2 diabetes. His wife decided to get him a Second Nature prescription for Christmas, and despite his early scepticism, Rob has gone on to lose 21kgs and move toward putting his diabetes into remission!

I am so surprised to be writing this. Up to the age of 68, I would have seen myself as an extreme sceptic regarding anything concerned with personal ‘improvement’. I had a self-image of someone who was fit, active and lithe. However, the mirror, the scales and the lungs do not lie!

I had slowly put on weight and reached 95 kilos, which on my 5 foot 10 frame provided me with an impressive belly. My diet was poor, eating far too many cakes and biscuits, too many petrol station sandwiches, and chips and bread with everything.

I was drinking far too much. Like many people, I drank regularly, drank too much on each occasion and perhaps had developed a measure of psychological dependency.

Not surprisingly I was diagnosed with type 2 diabetes. This, and the death of two close friends of a similar age made me think that something should be done but I just never found the right thing and just drifted on. My wife and two daughters despaired and started to show interest in my will!

At Christmas, my wife bought me an OurPath (later Second Nature) subscription as her idea of a present. I really only started the programme because I did not want to waste the money and perhaps because I wanted to show it would not work. A couple of weeks later I also started the Couch to 5k running programme using the BBC app and podcasts. I found the combination of the two programmes very important over the coming months.

Like many people, I found the Reset week fairly hard, abstinence from alcohol especially! However, the immediate effect on my weight was encouraging so I kept going. Initially, weight loss came very easily (the worse your lifestyle and diet are, the easier it is to improve things).

Lots of things helped. Interaction with other members of my group and my health coach encouraged me. I’m not much of a cook but my wife was keen to adopt new recipes and shopping habits. She also joined me in the Couch to 5k programme. The lockdown was a factor. It kept me out of restaurants and pubs and away from social interaction involving alcohol. At the same time, the programme and the running gave me an interest and targets to give me focus on what might otherwise have been a difficult period.

21kgs down and moving toward diabetes remission!

While there were frustrating pauses in weight loss, eventually I hit my target weight of 85 kilos! However, the annoying NHS website insisted that I was still overweight. I decided to work toward 80 kilos and a ‘healthy weight’. By now I had completed my 12-week core programme and opted to continue in the Second Nature communities. I had more weight to lose because borderline overweight is not good enough and I had more kilometres to run. I aimed for a healthy weight of 75 kilos which I’ve now achieved. I will stick with Second Nature indefinitely now.

So what has changed? I have lost 21 kilos! My waist size has gone down. I run 5k three times per week. At 69, I am probably as fit as I have ever been.

My latest blood and urine tests gave sub diabetic results and resulted in a reduction in medication for the first time in what I had believed was an inevitable journey towards insulin and diabetic disease. I now have real hope of reversing this process. I am drinking much less and having three alcohol-free days per week. I feel better, look better and my outlook on life has become more positive.

I try to understand why this worked so well and why Second Nature proved to be such an effective catalyst. I think I am someone who responds to reason and the articles set out clearly why certain lifestyle changes are beneficial. I felt that the changes suggested were realistic rather than draconian. I never felt that I was adopting a hair shirt regime. I was still enjoying life and my food. The support from my health coach was really helpful and I could interact with the group as much or as little as I wanted. I moved from meal planning to shopping and simply bought things which fitted a higher protein, lower carb, low sugar, low processed, whole-food-based diet.

I also respond to a challenge and the daily weigh-in and thrice-weekly run provided me with plenty of challenge. I have seen some of my initial group dropping out and have read lots of posts from people on the programme agonising about blips where they have fallen off the wagon and experienced plateaus in their weight loss or unexplained weight gain.

Everyone’s experience is different. I found the articles particularly helpful in retaining my commitment. I think family support is important. Don’t buy what you don’t want to eat must be a useful maxim. An exercise target is an immediate goal for the lifestyle change you want to make. Above all trust the programme, it works!

An interview with Karen

Geoff: “Don’t give up, it really is worth it”

Liz: “I wake in the morning feeling refreshed”

i would like to join the second nature anything to help me to get rid of my diabetes .