Ravi: “I have noticed some huge differences since starting the programme” 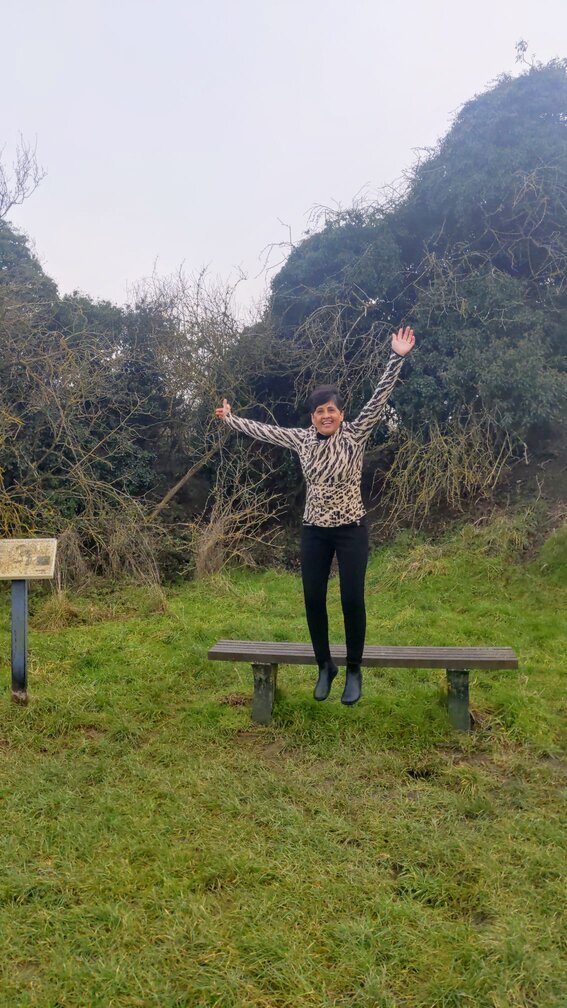 After completing 12 weeks on the Second Nature programme, Ravi experienced significant weight loss and reached her best physical fitness in almost 20 years. Following the programme enabled her to take control of her snacking, enjoy her meals and this has all been sustainable in the months since finishing the programme. Her advice to anyone wanting long term change is to go for it!

My name is Ravi. I work in retail, and live in Cambridge with my husband and two sons. For many years I’ve been trying to lose weight and have attempted dozens of different popular diets, with very little or absolutely no results. Since completing 12 weeks on the Second Nature programme, I’ve been able to independently maintain my lifestyle for several months!

My niece, Gundeep, works for Second Nature and recommended the programme to me. She said it was about changing the way I act and think about food while still enjoying it, rather than forcing my way like other diets.

There were a few occurrences throughout the programme where I thought “wow this is unbelievable”. Firstly, when my clothes started to become loose, and again when I noticed how much healthier I felt, and how much higher my energy levels were.

“I have noticed some huge differences since starting the programme”

I’ve noticed some huge differences since starting the programme. Firstly the weight loss has been immense, but also I find myself to have the best physical fitness in almost 20 years. In terms of my behaviours, I felt a total transformation. I now no longer find myself snacking uncontrollably, and my food portions during meals have reduced significantly, which would have been unthinkable this time a year ago. I also have much more energy and vitality.

“With Second Nature, I love the rich cultural blend of recipes!”

I think Second Nature absolutely blows the old-school, traditional diet plans I’d tried, right out of the water. I tried intermittent fasting several times, which led to me overindulging and snacking during the eating windows. I tried other diet programs that were “low fat”, which I’ve now learned is not the most effective or scientifically sound approach to weight loss. On the other programmes I tried, the meals were not very suitable for vegetarians and the diversity in the cuisine of the meals was almost non-existent. With Second Nature, I love the rich cultural blend of recipes! On top of that, the nutritional values are fantastic, and meals are so filling! I also enjoyed the coaching and community feel, sharing and engaging with the other participants and having regular communication with a coach.

In terms of the most helpful aspects of the programme, technology was a huge defining trait, from support from the coach, to accessing recipes, alongside weight and activity tracking. Being able to see all those things so clearly, and regularly monitoring my progress was a massive factor in transforming my habits over the course of the 12 weeks.

If you were to describe Second Nature as a famous person, who would it be and why?

If Second Nature was a person it would be Joe Wicks – it is focused on health, very motivated to help people help themselves, and keeps things fun!

“Change is not always easy, but if you want to see long term transformations like those with Second Nature, it is 1000% worth it!”

I would highly recommend this programme – my successes alone are an indication of the outcomes. At the beginning it might not be the easiest thing, given that it is a total overhaul of lifestyle. But once you make the commitment and push past the initial period, you won’t regret it even for a second. Change is not always easy, but if you want to see long term transformations like those with Second Nature, it is 1000% worth it!

If you could give a message to the team at Second Nature what would you like to say?

I would like to thank them for their support throughout my Second Nature journey. Particularly my health coach Kirstie and my niece Gundeep. The team were extremely supportive whenever I needed help and are doing a great job breaking free from the mould of the existing diet industries.

Jayne: “I feel fitter, healthier, and in control”

Ros: “Thank you for saving my life”