Nigel and Nikki: “We have lost nearly 5 stone between us.” 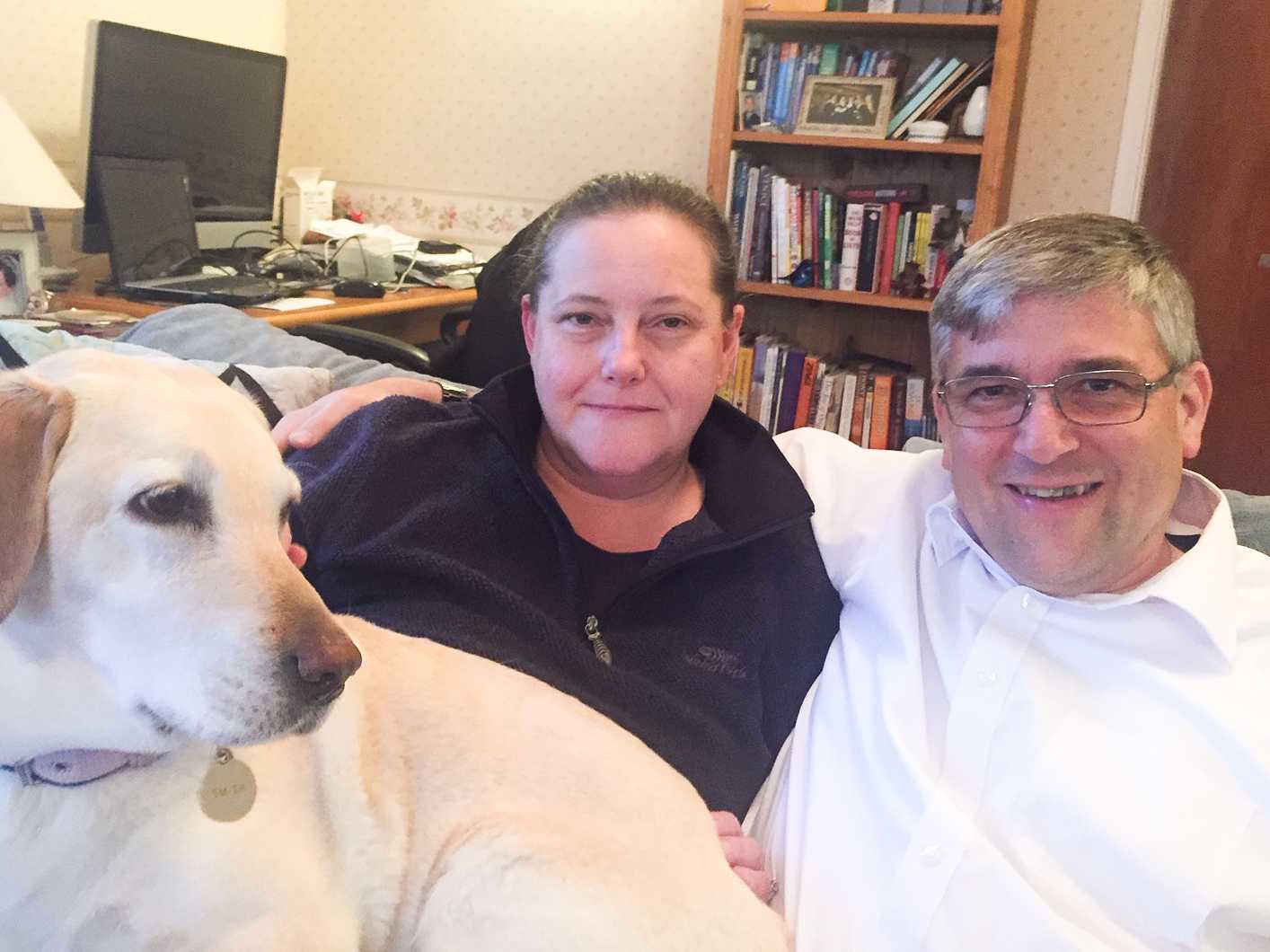 Nigel was juggling type-1 diabetes, high blood pressure, and had struggled with his weight for years. After deciding that a change was needed, he discovered Second Nature, and after sharing this with his wife Nikki, he was surprised to find that she had already signed up! A few months on, and 5 stone lighter, Nigel’s type 1 diabetes is under control, and Nikki is swimming 3000m every day before work!

A bit about us

I have been struggling with my weight for years. My blood pressure had become worryingly high, and the control of my type-1 diabetes was not great. This had all been playing on my mind for a while. I happened to stumble on a link to the Second Nature website and had a quick read. The following day I had another look. Something had to be done, so I signed up. I forwarded the link to my wife Nikki to see what she thought. To my surprise, she announced that she had also enrolled and we both got the same start date.

Looking back at that time, I am sure we couldn’t have imagined the changes that we have made. We both believe that it has been easier to follow Second Nature together. That’s not to say we couldn’t have made it work as individuals. Anything is possible if you put your mind to it. I also had to manage my diabetes at the same time.

The first few days of Second Nature were to challenge some of our most entrenched beliefs and eating habits. We realised quite quickly that we were not going to starve! In fact, we were feeling fulfilled by our new way of eating. We are not sure whether it was planned or fate, but we were put in different groups with different health coaches. That turned out to be an added bonus as we could share between ourselves conversations and advice from both groups.

The first week of Second Nature is Reset. We both gave up caffeine, alcohol and artificial sweeteners for the week. I had three bad days quitting the caffeine although Nikki was fine. Neither of us drinks alcohol, but we both had enjoyed the odd diet cola before starting Reset. Although not required by the course, we decided not to return to any of these. I have had a couple of caffeinated drinks since, but we are now generally on decaffeinated beverages.

My weight loss has been the greatest between the two of us. It was never going to be a competition. We weighed in every day, again not required after the first week, but we found it useful. Part of the learning taught us that weight fluctuates and there are days when it goes up as well as down. My loss has more or less been continuous whereas Nik’s stalled for quite a while. No matter how much you learn, the weight loss days are far easier to accept than those when you don’t. The trick is to look at the weight loss graph. This gives a good indication of the trend and helps morale!

Starting to exercise was awkward for both of us. Nikki spends a lot of time driving for work. I didn’t have an excuse. I had already started walking a bit before I started. I ended the twelve weeks averaging over 15000 steps a day, Nik joined a health club with gym and swimming pool, and she now regularly swims 3000m before work! The trick is to find the exercise which is right for you.

The power of teamwork

If our food were bland or boring, this would be where we would fail. Both of us have enjoyed the meals from the recipe book. We write a weekly meal plan together at the weekend. I prepare the lunches, Nikki, the evening meals. If she is late, I will make dinner, and if I am not about, she will make lunch. This means we only have to do 50% of the preparation. Another bonus with doing Second Nature together. We use recipes from the book, we have devised our own, and we have amended some of our favourite dishes to follow the nutritional recommendations.

So, what has been achieved? We have lost nearly five stone between us, my blood pressure is lower, and my diabetic control is considerably better and more stable. We both feel a lot fitter, and I am sleeping more soundly. I didn’t find managing my diabetes difficult either. The downside? I now only have two pairs of trousers that actually fit and Nikki is off shopping for some new work clothes! That’s a downside we can both accept!

Our advice to anyone starting Second Nature would be to give it everything you have for the twelve weeks. Read the daily learning, take the information and trust your health coach and the process. It will work. You will have good days, and not so good days. Don’t dwell on those; keep reminding yourself of your achievements.

We are nowhere near where we need to be, but we are so much closer than we were twelve weeks ago. This is why we decided to carry on following the Second Nature advice.

Kim: “I am now eating to live, instead of living to eat!”

Zeenat: “My confidence in myself is coming back”

Mark: “My strength, breathing, and sleeping have all improved”

I cannot walk very far without getting very out of breath. I used to love exercise classes but after a minor stroke some years ago I get very dizzy