Jo: “Food no longer controls me. I no longer hate it, I love it!” 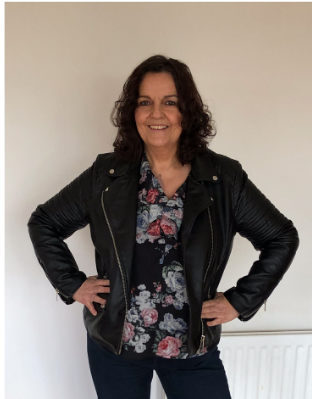 In her mind, Jo was at the point of no return, she’d given up all hope of losing weight, of feeling well, and being back to her normal self. Then, after finding Second Nature by chance, Jo decided to give it a go, what did she have to lose? 8 months later, Jo has lost nearly 6 stone, food is no longer her enemy, and most importantly, she has her energy for life back!

Starting out with no hope

I never thought I’d be this slim again! I had given up on ever being able to lose a significant amount of weight. I was morbidly obese and extremely unhealthy, fatigued and unhappy most of the time. I hated the diet industry and saw all diets as a way to make money on the fact that most people will gain back whatever they lose. I do not know what I was at my heaviest as I never actually weighed myself, I couldn’t face it.

I felt so ill and was so scared of having a heart attack due to my weight that I would crawl up the stairs. Walking a few hundred yards exhausted me and caused chronic pain in my back, knees, ankles, and feet. I refused almost all invitations to go out anywhere because I had so little confidence socially and hated being the biggest one in the room.

There is a common conception that fat people love ‘their’ food. In my case, it was the opposite. I hated all food. I hated how food controlled me, how I was constantly hungry and nothing satisfied me, and how I was out of control with food. Like any addict, I hated the stuff that imprisoned me.

So before I discovered Second Nature, I began calorie counting and after a month weighed myself and I was 21st 10lb. I continued calorie counting and lost just over a stone in six months. Weight loss was painfully slow and discouraging. A doctor told me it would be tough to lose as I have an underactive thyroid, I nearly gave up at that point.

From calorie counting to Second Nature

Then by chance, I stumbled upon an advert for Second Nature. The only thing that attracted me was that it said ‘NHS approved’. But even then I didn’t trust it; after all, the NHS guidelines had not been helpful to me up to this point. I signed up in desperation, but felt flat and had no hope as I did so. I simply didn’t believe they could help. I soon discovered that I was very wrong!

Before you start with Second Nature, you’re given a preparation plan. Things like preparing your kitchen, seeing how the healthy eating will work, a shopping list to buy, sample menus, this was all very active and really helped you focus on the ‘big start day’. But of course, and cleverly, this was also helping to prepare me mentally for the journey I was about to embark on. For me, it was like prepping to climb Everest as I had such a long way to go!

The first 5 days you follow a reset plan, this is so useful and helps power wash away your cravings! You also have a health coach who is a registered dietitian or nutritionist. No silly ‘in house’ qualifications like other slimming clubs and organisations but a degree and professional registration in nutrition or dietetics.

This support for me was invaluable, and exactly what I needed. My health coach, Simi, truly was someone I could trust and would respond to my questions very quickly. She held my hand as I learnt all about the process, my relationship with food, and changing my beliefs on what healthy eating is.

Each day you get an article about either psychological matters, food and how it reacts inside our bodies, when you are ready how to start exercising, forming good habits and dispelling old ones, how to keep your motivation strong and so much more. These aren’t the usual rather condescending information that you so often see, but written to an intelligent audience based on scientific research.

Now I know what happens inside my body when I eat certain foodstuffs and make my decisions based on proper facts. A calorie is not a calorie! No wonder I didn’t lose much weight just counting calories! The Second Nature plan is not a diet either, it’s a full package educating you in a holistic and rounded way that ensures this way of eating is sustainable for life. Exercise slowly became a big part of my life.

From movement to exercise

At first, I would just walk ten times around my decking each evening, then I was ready for the Second Nature workouts, which start gently. I now have joined my local gym and do spinning twice a week, circuits, core workout, netball, yoga and I’ve even learnt to swim, so do that twice a week. I’ve started up a local walking group and we walk together most weekends and I’m doing the 1000 miles in one year walking challenge. I enjoy riding my bike and use weights at the gym whenever I can fit it in. I’ve gone from being in acute pain after a few hundred yards to loving exercise!

8 months later and I’ve lost 5st 11 pounds with Second Nature! Today I am down to 13 stone 12. That’s a total loss of just under 7 stone! I don’t feel my body is where it wants to be yet, but I’m not that far off anymore, and that feels great.

So, how do I feel today? Well, most days I have more energy than Tigger! I bounce around with joy and feel great both physically and mentally! Life is wonderful! I feel totally in control of my eating, and no longer have guilt over any foods I eat. This is a huge step for me, I know I can now eat treats, eat out socially and never go back to my old negative thoughts of “that is it, you’ve blown it now, you really are weak and pathetic, another diet ruined”. Now I thoroughly enjoy every mouthful of treats and all foods and know they won’t set me back. Food no longer controls me. I no longer hate food, I love food!

Tips for anyone thinking of joining the programme?

To all who are either starting out or already following the Second Nature plan, I’d say make sure you really understand the plan, reread the core plan book from time to time, and make sure you read all the articles properly when you have time, as these are so educating and change our way of thinking. Finally, check your portions often. Especially your carb portions, as it is very easy to guess wrongly on these, and of course we always guess more rather than less.

So weigh out your complex carbs, or get a CarbSpoon, which I find a godsend and use every single day. Most of all don’t be where I was any longer. Don’t give up hope. There is an answer, and Second Nature has the secret key we have all been looking for! You can do this!

A poem by the lovely Susie

Lorraine: “For the first time, I am eating without guilt”

To Jo, thanks for telling us about yourself on second nature. I’m so inspired by this and will take on board as much as possible of your guidance. I’m not that scared now and I’m really looking forward to this new way of life its exactly what my life needed right now. I’m 48 yrs old 5ft 3in and 70kgs. Suffer depression, anxiety, agoraphobia, eating disorder. Kidney problems. But Jo, you have put my mind at rest and I’m gonna do this! Roll on week 1. Thank you so much. Xx

Hi Jo, your story is so inspiring. I’ve got at least 3 stone to loose and feel like I’ve lost control of my eating. I don’t feel comfortable at this size and I want to know how I can get back in control again after a difficult couple of years

I am disabled so can’t walk very far. Also can’t bend right leg at all and never will again. Also in chronic pain. Will this program work for me.?

Hi Claire, thanks for your interest in the programme! Many Second Nature members who are successfully undertaking the programme have limited mobility. Whilst we provide exercise recommendations, these can be tailored to suit your individual ability and/or exercise restrictions. To find out more, take our health quiz here

I live in Qld Australia, can I still do the plan.?

Hi Claire, thanks for your question! Absolutely, our programme is available in Australia. To find out more, take our health quiz here

Hello. What’s the clear for this please

Need to know the cost as well, im fat and tried everything from tablets to patches to drinks

You could change the name on the first paragraph for mine, that is exactly how low I feel 😢. Need to know more about the costs involved as I’ve had to leave my employment on health grounds and on a very limited income.

Inspiring – I can identify with awful food relationship and I hate how I look and I’m aways hungry!

Hi Olwyn, thanks for your interest in the programme! Information on our pricing and programme options can be found on our website. To find out more, please take our health quiz here

Hi I’m very interested in this programme but can’t see anywhere how much this costs. Can you let me know this info and can the plan be cancelled at any time. With the current pandemic my husband is not working so I need to know that I can budget for this before I commit. Thank you

Well done Jo, a beautifully written summary on what second nature is. I agree whole heartly with everything you’ve said. I’m only on week 5 but loving it.

Thanks Michelle, it’s a revelation isn’t it? The government really need to change their dietary guidelines in light of the obesity crisis!

Thanks Morag! I bought mine from the Second nature shop on their website!

Wow. Well done Jo. I’m 5weeks in & loving the Second Nature Plan. All makes such sense & I totally agree that must other diets are too money driven. Thanks for sharing you’re inspiring story.

Thanks Sue, I’ve still got a way to go but with SN help we’ll on the way to my goal. Main thing I how much healthier I feel! Xx

Jo you are my inspiration,I’m looking forward to walking in the sea in my swimming costume feeling confident.

That’s so lovely of you to say Lucy! And I know that you’ll be there in no time at all! Big hugs 🤗