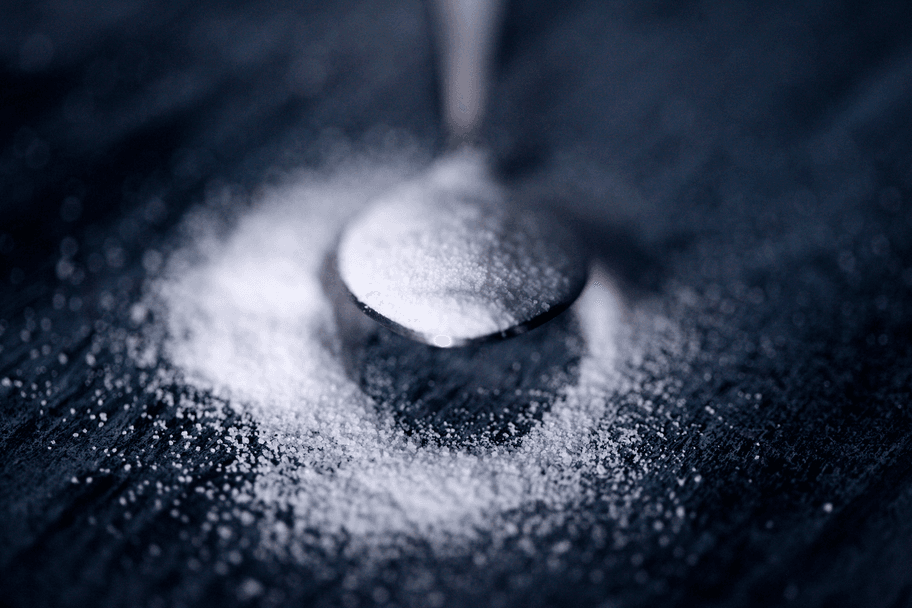 A new study has shown that some sweeteners can increase blood sugar levels by changing the composition of our gut microbiome (gut bacteria), but what impact will this have on our long-term health?

Previously, sweeteners’ impact on our health has been unclear. Some observational research has shown negative associations with health outcomes, such as obesity and type-2 diabetes, while other studies have shown either no or positive effects on health.

However, some research on mice suggested that sweeteners may change the composition of our gut microbiome and impact blood sugar control. This paved the way for research on humans to determine whether we would see this effect in humans.

Below, we’ve broken down our analysis of the paper into three sections to give you a clear idea of what it reveals and what questions remain unanswered. We’ve also provided a quick summary for those who are short of time.

Here are the key takeaways from the paper:

One hundred twenty healthy participants who had historically never or rarely consumed sweeteners were recruited. The study lasted 28 days, with the participants consuming their sweeteners three times a day for two weeks in the middle of the study.

The participants were split into six groups:

The participants were given all their sweeteners or glucose and told to carry on with their everyday lives. They were also instructed to log their food and activity intake using a smartphone app.

All participants were given a continuous glucose monitor (CGM) and a home oral-glucose tolerance test (OGTT) to determine the effect of the sweeteners on blood sugar control.

Finally, the participants provided a stool sample to analyse changes in the gut microbiome composition.

2: What did the study show?

The study showed that all four sweeteners changed the composition of the gut microbiome. Sucralose and saccharin were shown to increase average blood glucose concentrations as measured by the CGMs, while also leading to higher blood glucose response to an OGTT.

The participants then had their stool samples transplanted into mice to determine whether the changes in their gut microbiome would have the same effect on the mice.

Interestingly, all sweeteners showed increased blood glucose concentrations in the mice. But this was only among participants who displayed the most significant sensitivity to the sweeteners.

Contrastingly, in those less sensitive to the effects of the sweeteners, only saccharin was shown to increase blood glucose after the stool transplant in mice.

The mechanism that’s controlling this change in blood glucose levels is unclear. Our understanding of the human microbiome is still in its infancy, and we don’t have a clear picture of a ‘good’ microbiome.

So while the increases in blood glucose sound negative, it could be that these changes improved other functionality in the gut or the body that weren’t measured. Unfortunately, we don’t know the answer to this question.

The fact that these sweeteners have been shown to have any effect and can no longer be considered benign warrants further investigation.

3: What were the limitations?

The first limitation is the length of the study. At only 28 days, it’s not enough time to determine long-term health effects – but it was enough to see the changes that this study was designed to measure.

Another limitation is that the participants were all individuals who’d previously avoided sweeteners. This suggests that they’d been doing this intentionally and maybe had a negative view of sweeteners. Perhaps this caused added stress when consuming them as they believed it would negatively impact their health.

Stress and our psychological state have been shown to impact our blood sugar levels and the composition of our microbiome.

In addition, the sweeteners in the study were all commercially available products and, as such, are combined with a small amount of glucose (carbohydrate). It’s unclear whether consuming sweeteners in isolation would have the same effects observed in the study.

The final limitation is that the participants performed their OGTTs at home, unsupervised. OGTTs need to be completed fasted (before breakfast), but we don’t know whether they consumed anything else beforehand that could have negatively affected their OGTT scores.

Despite these limitations, this was a very well-controlled study that elegantly displayed that sweeteners affect the composition of our microbiome, which can then affect our blood sugar control.

What questions are left unanswered?

Should you be concerned about consuming artificial sweeteners?

Artificial sweeteners are generally considered safe for human consumption. Previous research has shown that despite some associations between sweeteners and poor health outcomes, there doesn’t seem to be a significant impact on health within the recommended consumption levels.

However, it was previously thought that sweeteners were benign and did not affect our physiology. This study opens up a new understanding of sweeteners and our health, despite unclear long-term implications.

A general rule of thumb is to eat a diet based on whole food consumption. Most sweeteners in our diets will come from ultra-processed foods with other components that deem them unhealthy.

If you enjoy a diet rich in whole foods that limit ultra-processed foods, then your current intake of sweeteners will be low, and the overall effect they’ll have on your health will be limited.

It’s important to reflect on the bigger picture with diet and nutrition. Yes, sweeteners may affect your body in some way – but the overall impact of a diet based on whole foods would likely counteract any adverse effects.

Thank you so much for your generous and informative newsletters! They are having appreciated.