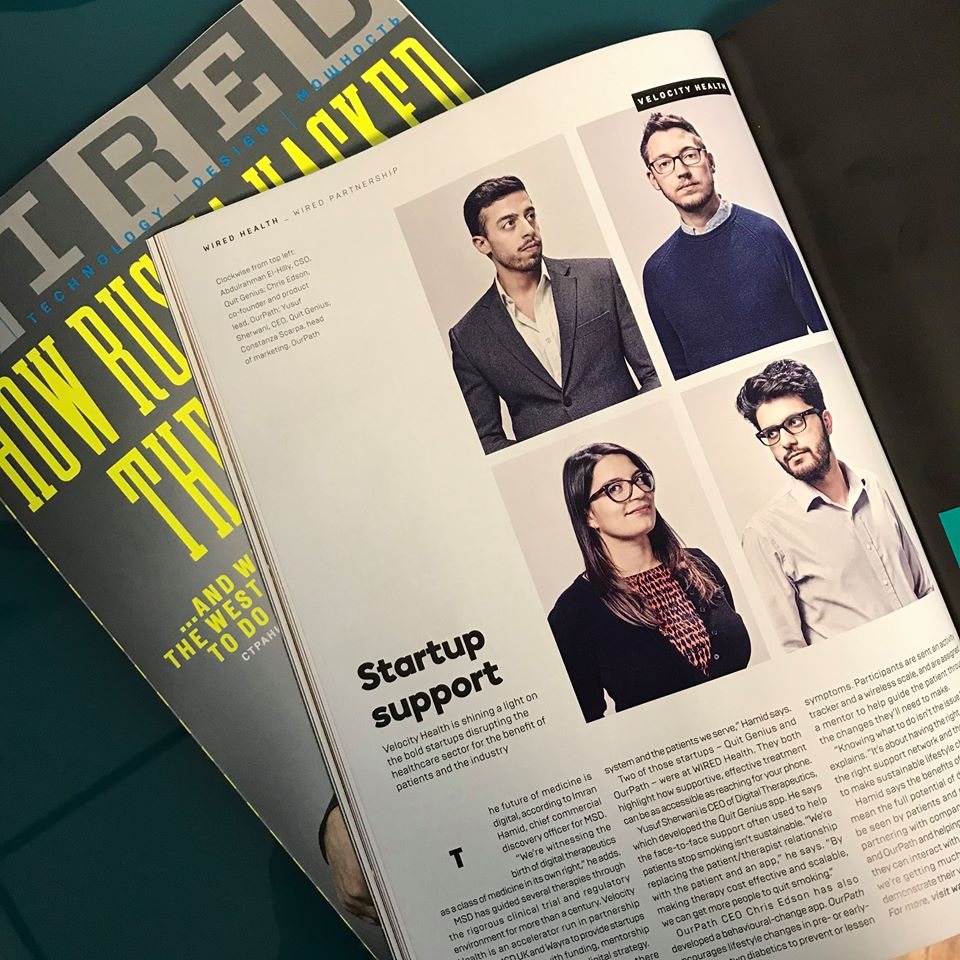 OurPath attended WIRED Health 2017 in London on the 9th of March.

This is an annual event hosting innovative people with their sights set on future healthcare improvement and development. With speakers being heads of universities, CEOs, and even England’s chief medical officer, the topics at hand were as cutting-edge as they get.

Peter Piot, director of the London School of Hygiene and Tropical Medicine, kicked off the main stage talks by addressing what he described as ‘the forgotten epidemic’ of HIV/AIDS. Marko Ahtisaari, founder of the Sync Project, put forward the health benefits of music, even suggesting that it can replace some pharmaceutical treatments.

The startup stage included equally revolutionary talk, with Stan Karpenko, CEO of Give Vision, telling everyone about technology that can restore sight, and Quit Genius – our partners in the Velocity Health accelerator –  putting forward their own behavioural change app to help people quit smoking.

As part of Velocity Health, we had a stand in the startup section of the event, where people were able to come and talk to us about our digital diabetes prevention programme, which was a great opportunity to meet some very bright people and share some groundbreaking ideas. Those present agreed that the future of medicine is in digital innovation.

People (including us!) were excited by the accessibility and cost-effectiveness that the world of the mobile phone could bring to users. Seeing a rise in attention on digital healthcare as a big part of the future of medicine was fantastic.

We were even featured in the June 2017 edition of WIRED magazine itself!