Are we tired of the January diet? 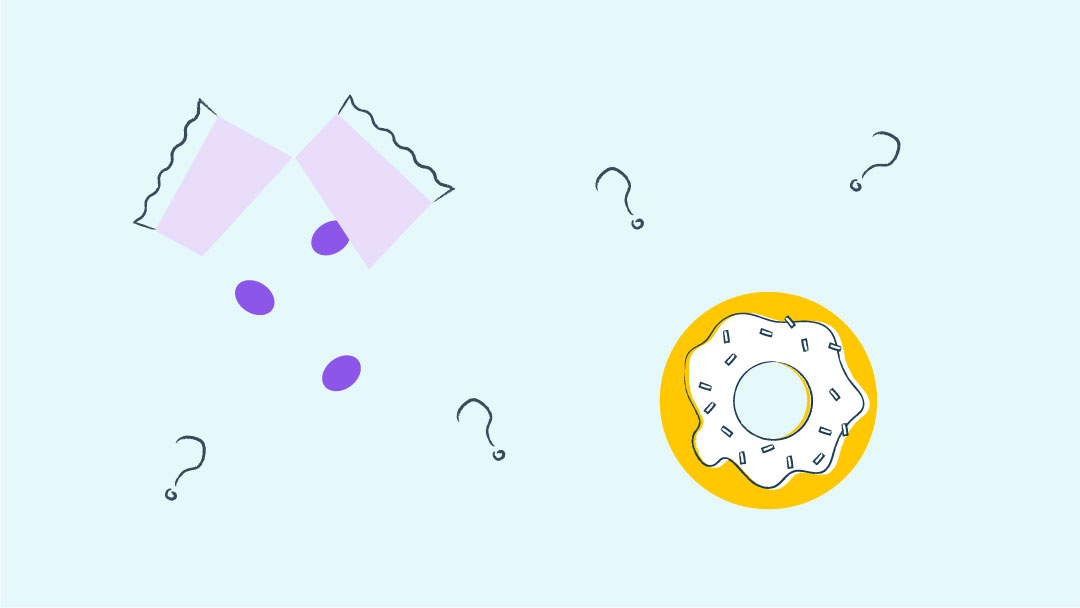 Each year, January rolls around and prompts thousands of people across the country to begin a new diet. After indulging on food and drink over the festive season, many people seek to get ‘back on track’, flush out ‘toxins’, or shed excess weight with a new diet.

At the start of a new year, we often set unrealistic goals for ourselves, and then take extreme measures to help us get there. For example, going on a fad diet that involves cutting out entire food groups, heavily restricting calorie intake, or only consuming liquids.

As nutrition experts, we know that fad diets don’t work in the long term. In fact, previous research has shown that 90% of people give up on their new year diet just 12 days into January, with 83% going on to gain back more weight than they lost.

So this year, we launched a campaign to Stop Fad Diets. Research shows they don’t work, they’re not backed by science, and worst of all, they make us miserable!

But with diet culture so prevalent, especially around the new year, we wanted to know what other people thought about diets. So, last December, we surveyed 2,000 adults in the UK to find out more and here’s what we learned.

We were pleased to find out that many people agree with us that, as a nation, we should take a stand against fad diets. In fact…

However, despite being aware of their downfalls, many people decide to try a fad diet anyway, reinforcing the extent of this problem. The survey revealed that, on average, people attempt to go on a diet three times a year – that’s 189 different diets in a lifetime!

For 56% of people, the worst part of starting a new diet is feeling hungry. Other downsides include…

This isn’t surprising given that many fad diets hugely reduce our food intake, cut out whole food groups, or even solid foods entirely. While this may help you lose weight in the short term, it isn’t a sustainable solution for most people.

Similarly, more than 1 in 5 people have given up on a diet because they struggled to stick to the new ‘rules’.

But we know that failing to stick to a diet isn’t simply due to a lack of willpower. We fail because we’re sold unrealistic goals and told to restrict ourselves far beyond anything that can be maintained in the long term.

Instead, it’s much more effective to commit to small, realistic changes to our lifestyle that we can sustain in the long term, and slowly build upon. To help you get started with these changes, we have compiled a list of 55 free, healthy alternatives to fad diets. 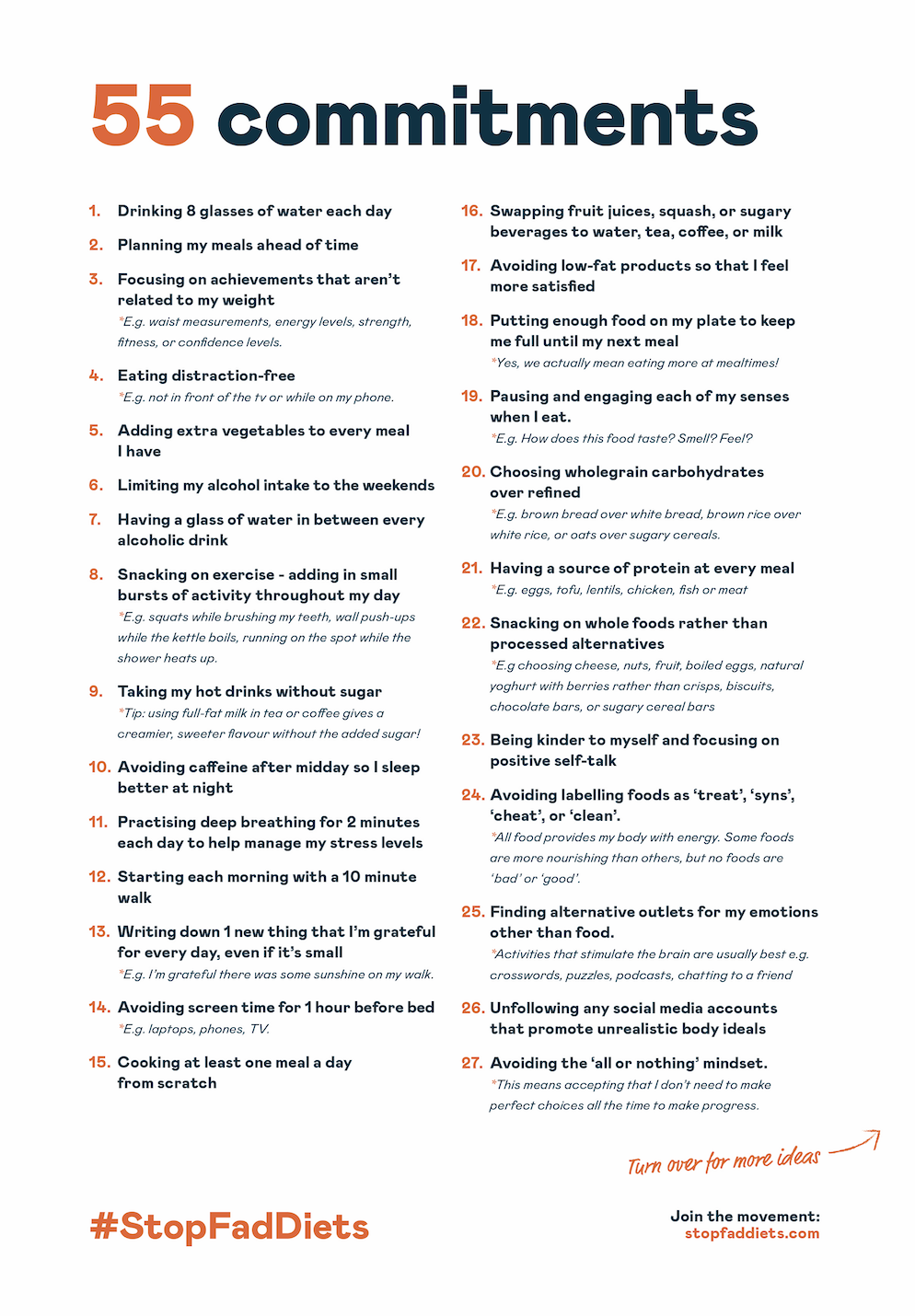 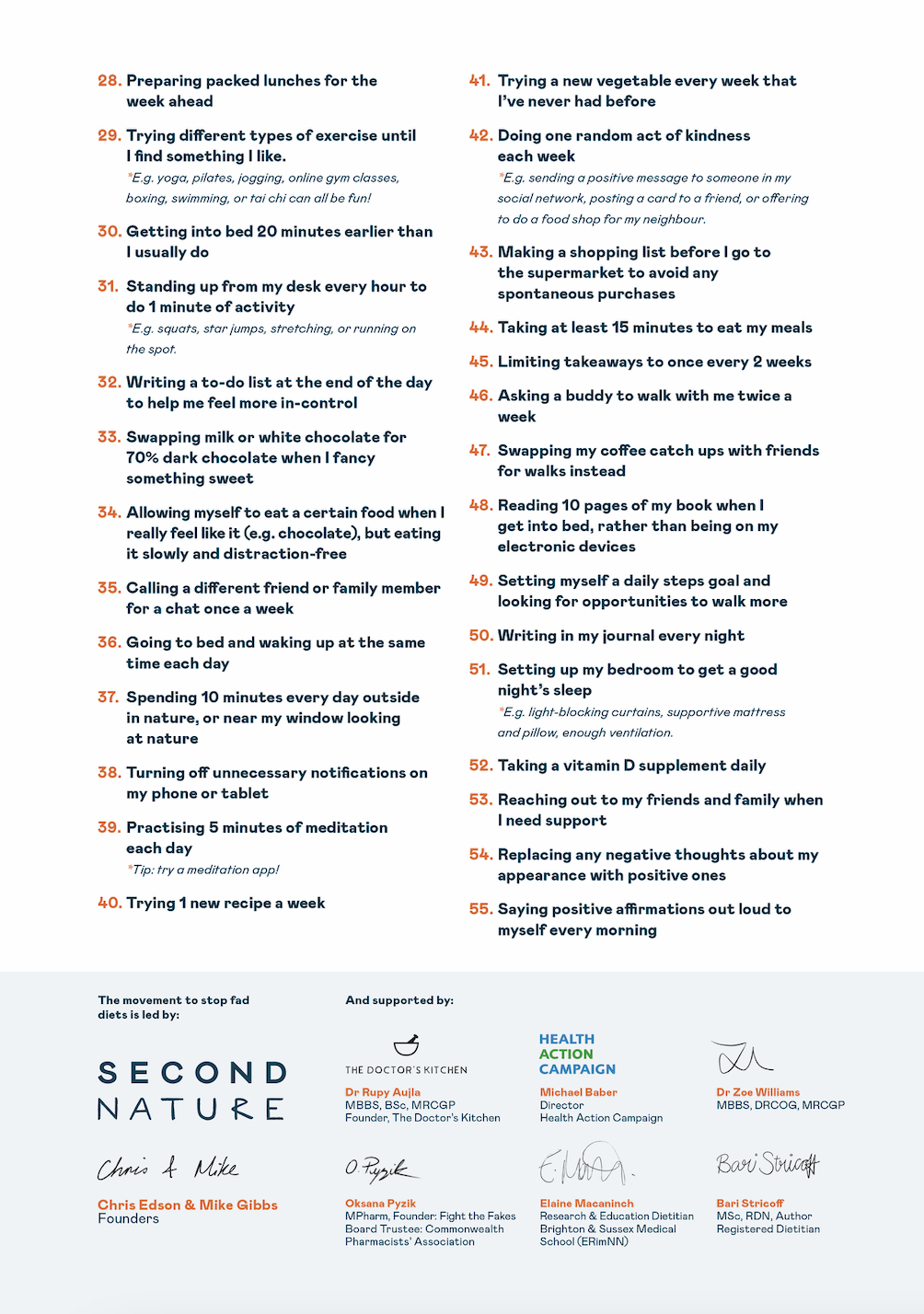 At Second Nature, we know that long-term weight loss is about much more than what we eat. Our programme focuses on your health first, with weight loss being a natural consequence.

Throughout the programme, delivered by registered dietitians and nutritionists, we educate you on all aspects of health, including nutrition, exercise, stress and sleep. Although you might lose weight slightly slower than with a fad diet, the science suggests that this sort of weight loss actually lasts in the long term, and won’t result in the yo-yo dieting cycle.

You can find out more about our #StopFadDiets campaign, and make your own commitment here at:
stopfaddiets.com