Ginny: “Second Nature you have changed my life!” 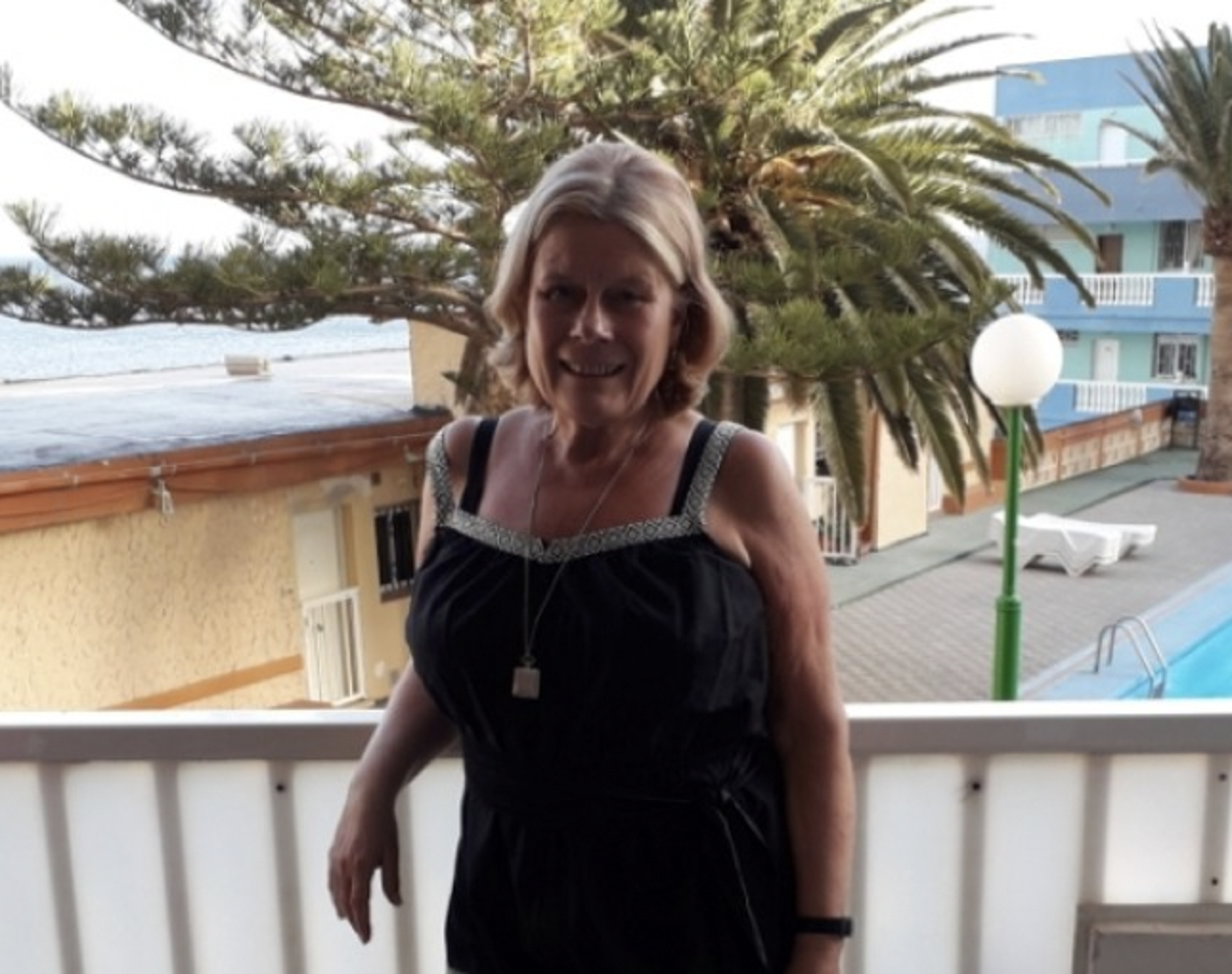 Ginny joined Second Nature in the Autumn of 2018 after being diagnosed as ‘pre-diabetic’, a condition of elevated levels of blood sugar that puts you at risk of developing type-2 diabetes. Ginny signed up to try and avoid this, and develop a new healthier lifestyle. Just 6 months on, after spending the winter months in sunny Tenerife, Ginny has lost over 11kg and her blood sugar levels are back down into the normal range!

A bit about me

Hi, I’m Ginny, a 62-year-old semi-retired teaching assistant from York. I was initially introduced to Second Nature by my GP because my glucose level had gone into the prediabetic range. How lucky was I, in a way, not because of being prediabetic but introduced to a new, more healthy lifestyle!

As a young person, I was slim, healthy and an athlete, competing in sprints, long jump and hurdles at a national junior level. About 20 years ago I was diagnosed with an underactive thyroid; my weight had slowly increased and was having problems losing it whatever I tried.

I had always bought low-fat items, not thinking of the sugar content and was advised not to eat whole grain because of my IBS! How wrong was I!

I’ve had many medical procedures and operations, some being quite big, and more recently diagnosed with lupus and all the problems that come with that!

When I was told that I was prediabetic, it was a big shock, and I knew I had to improve my diet (which wasn’t horrendous) and activity level too, but I certainly wasn’t a couch potato!

Getting to grips with Second Nature

Initially, all the reading and getting used to the app was quite a time consuming and also shopping for different items that I wasn’t used to buying, but after a couple of weeks, my cupboards were stocked with most of the staples needed. There was a list in the Second Nature handbook which helped with this.

After getting used to the app, I absolutely loved it, tracking my weight most days and seeing it come ‘down the hill’ was encouraging for me. Also seeing the steps I’d done in the day and how much sleep I was having was interesting, everything was improving which was tremendous and something to build on! As soon as I started on Reset I felt healthier, was sleeping better and friends and family commented on how well I looked and also my IBS had improved, so all good!

The daily/weekly learning on the app is impressive with so many diverse and interesting subjects. I loved the video of the lecturer and sent it to my children and on other occasions one or two more exciting topics! The chat section on the app is excellent too.

I enjoyed getting interesting pieces from Elise our Mentor, which we would often discuss as a group although sadly only a few of us joined in the chat. It was great to have the friendship of people in a similar situation though and also be able to speak privately to our lovely mentor too, who was a mine of information and a massive encouragement! Yes, the organisation of the programme was working for me!

I have also enjoyed having my passion for cooking reignited and started to feel more confident with making new dishes straight away! Yes, I had been doing some proper cooking over the last few years, but it was limited to 5 or 6 special dishes and also ‘meat and veg! The Second Nature Recipe Book seemed to inspire me, knowing, that all the recipes were healthy too was a big plus! After initially doing lots of new dishes, I later built up my repertoire by doing at least two new recipes per week!

Some of my favourites are; Chicken Fajita Bake, Coconut Dahl, Beef Goulash, San Choy Bau, Shakshuka, Thai Fishcakes and Spinach Stuffed Chicken. I also often make the mini muffins and add blueberries or flaked almonds and also make the Mini Omelettes which both can be frozen, so half for now and a half for another occasion!

There are many more recipes being put on the Sustain part of the app which I am looking forward to trying! I bought a special whiteboard with the days of the week on so I can plan the week’s menu which makes it easier to shop!

My new fridge staple is Spinach, it is so versatile, I often use it as a salad base, and it keeps longer than some bagged salads and I also add it to stir fry’s, pasta dishes, omelettes, Very Berry Smoothie (from the OP recipe book) and steamed as a green vegetable. I am now buying Greek yoghurt by the bucketful too!

One of my favourite breakfasts is oats, another cupboard staple and not for cooked porridge these days. I now like it better uncooked with milk and Greek yoghurt on top with maybe blueberries and flaked almonds… yummy! On occasions, I may have it for supper too!

My family are also enjoying my new lease of life for cooking. One day over Christmas I made Thai Fishcakes for starters and the Beef Goulash with sourdough bread for the main for 16 people, they loved it, and on other occasions, they have enjoyed my new healthy dishes!

Christmas is always a hectic time for me, having a big family…but this year was a little different. We were going away in early January to Northern Tenerife to ‘live like the locals’ for three months! We have both retired from our usual jobs, so it was possible, but, all my summer clothes were far too big and unwearable!

Thankfully I had been a dressmaker when younger and still alter clothes for family and friends! Well, I must have done about 50 alterations (yes, I have lots of clothes) before coming away! I was so busy, with other things too, but had to take all my summer clothes in about two sizes, made to measure! Exciting though!

But even more exciting, I learnt that my glucose level had gone down by 6 points, so out of prediabetic level already! Long may it last!

So we’ve been in sunny Tenerife now for two months and have a month to go! Before coming away, I’d lost over two stone in weight, and I haven’t put any on while being here. I’ve still been cooking healthy meals and eating more mindfully when out! I haven’t been perfect, but I haven’t put weight on, which I’m proud of! If I have an ice-cream out, I more than often share it with my husband.

We also sometimes share a picky lunch when out too, every little helps I suppose. At home, I have cut down to drinking alcohol only two days per week, but sadly this has changed while being away, you know what it’s like on holiday! I talked to Elise my mentor about this, and she encouraged me to have some alcohol free days, I thought about it, and eventually, I did, it felt like a plan, and I succeeded!

So Second Nature has finished now, two months into my three month time away, but I still have Sustain and can always use most of the app, which is fantastic and a super bonus! This is the longest time I’ve had away from home and it’s been a treat, but now I’m looking forward to going home mainly to properly get back on track! I will start with Reset again which was so helpful when I initially began last September!

Well, I would like to end by saying a big THANK YOU to my inspirational mentor Elise, you have felt like a go-to friend and also to other team members that have I’ve ‘met’ along the way including the Sustain team!

Second Nature you have changed my life! Thank you so much for that!

I loved reading your story and successes. It was real and inspiring. Thank you so much for sharing!