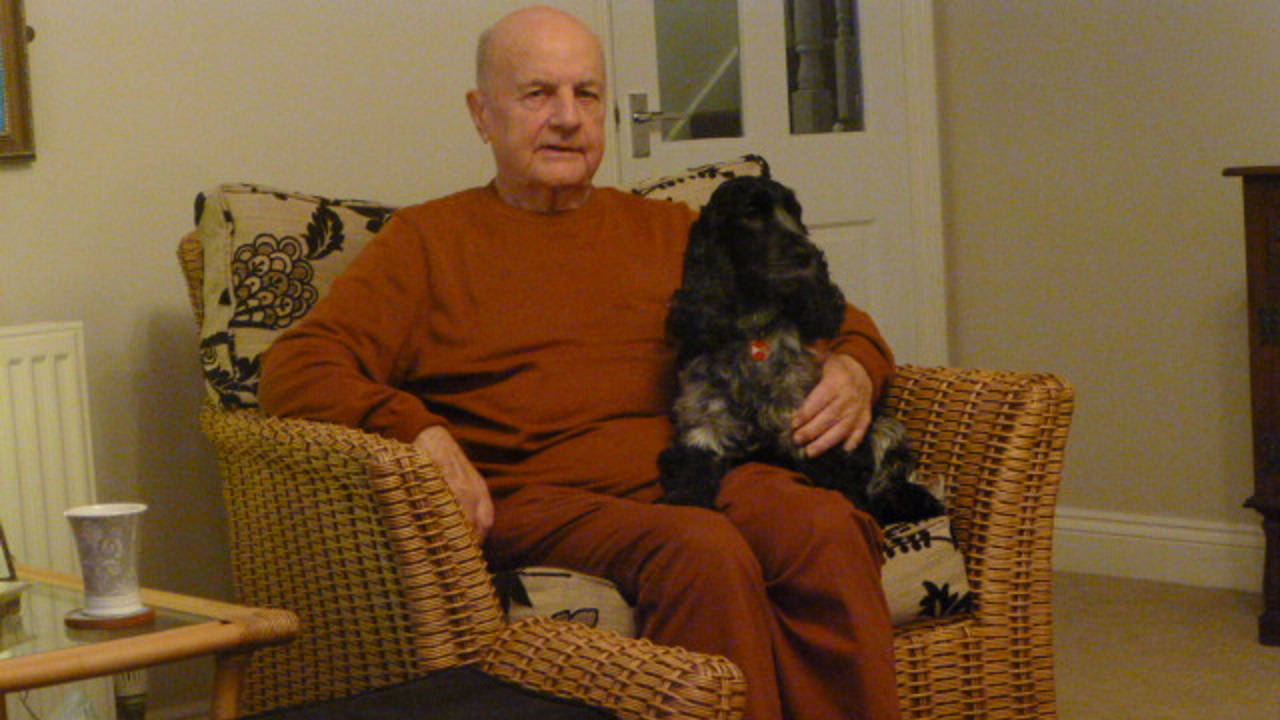 Colin has lived a very active life. Moving from Canada to Cyprus after the Second World War, then back to the UK to spend his life running his own business, he has always relied on himself. In 2017, he was diagnosed with type 2 diabetes and he and his GP agreed (after some deliberation) that he should give Second Nature a go. Now, Colin has returned to the weight he was in his 20s, and he is no longer living with type 2 diabetes!

Tell us your story, Colin

I am Colin, 86, and for the larger part of my life, I have been responsible for my own catering. I lived happily with my parents until just before my seventeenth birthday and naturally, my mother did most of the cooking. Part of that was during the Second World War where the diet was restricted but more than adequate, and she did a wonderful job with what was available.

At just 17, I went to Canada at the start of my adventures and for the next four years lived and worked in the North West Territories, on the MacKenzie River, from Great Slave Lake to the Beaufort Sea. During these years I did a lot of my own cooking and this was dependent on location, what was available, and the means of cooking. I could be under canvas, in a shack or in one of the settlements. Cooking was on an open campfire and wood or oil stoves, depending again on the circumstances. The ingredients were mainly tinned and dehydrated, plus occasionally what you caught or shot.

Aged 21, I decided to come back and do my National Service before possibly going to Canada later. I did, but only for holidays as life just went from one scenario to another. After 2 years in Cyprus, I went into the construction industry and again I often had to arrange my own catering, be it in a caravan, digs or rented flat. I was married for 10 years between 30 and 40, after that, it was back to fending for myself. I eventually ended up on my own and from the age of 35, ran my own business, which again changed according to the circumstances. One thing led to another and I continued as either self-employed or the controlling director of a small company until I was 73. No fortunes made but then I also didn’t go bust.

How did you find Second Nature?

In 2017 I was informed that I was borderline diabetic, a watch was kept but no action taken other than routine blood tests. Late in 2018, it showed I had crept over the border and I was put on Trajenta 5mg. I then moved house and GP surgeries. Feeling that this medication was giving me some problems the surgery agreed for me to stop for a trial period. My routine blood test in June 2019 showed my blood sugar had rocketed to 71 and I had an appointment with the diabetic doctor at the surgery. He suggested I go on a diet and although I did exercise a fair bit, increase that too. He made certain suggestions regarding portions and what to avoid and I agreed to take notice. He also outlined the Second Nature programme and said he was trying to arrange for some of his patients to get on the course and would I be interested. I said I would consider it and left it at that.

I immediately started my own version of the diet as outlined by the doctor and was being quite successful. That was on July 24th. Early September he contacted me and said he had arranged the course and was I interested, I said to put me on it and I started late September. I found out later that he had had great difficulty with colleagues in putting me forward due to my age, so I was determined to do my best for him. At this time I had managed to lose 5 kgs but realised this was probably down to the initial ‘rush’ of fat loss.

Enjoyed it from the word go

Right from the start, I enjoyed the Second Nature experience, although I was probably not the best example due to some of my long-standing beliefs. I have never been competitive and disliked ‘targets’. At school, I was a half-decent runner, both on grass and ash. My coach was returning exasperated as he said I always left my late burst too late and hence never won. I told him I could never see the sense in ending the race totally exhausted and flat out on the track gasping for breath. I liked to finish feeling I could do it all again. It’s been like that all my life, in business too, and I have no reason to feel I’ve lost out, despite many ups and downs.

I’ve survived the terrors of the bush, being shot at in Cyprus, and construction sites before Health & Safety, all without bothering about targets. I don’t think it aids productivity, indeed it leads often to poor quality because it was rushed. However, Second Nature had targets and I decided to rename them quotas. I immediately realised that what I had thought of as a diet was only a fraction of the real thing and this was probably the biggest difference I found. I was eating far too much fruit as I love fruit, so that had to be curtailed. The most helpful side of the course was having a mentor. Never had one of those before, being a ‘lone traveller’. This was a great help, just knowing the prop was there.

Only praise for Second Nature

I can only praise the Second Nature programme, and I don’t give those sentiments out lightly. It has been instrumental in my reaching my two weight goals, or ‘quotas’! I am now at the weight I was in my late twenties. I feel so much better and my last blood test showed I was down to a blood sugar level 0f 41 (back into the normal range) and the doctor has taken me off the tablets until we see what the next test says. My advice to anyone considering taking the course – do it and take it seriously. It can be hard but the rewards are fantastic.

I now intend to do my very best to stay within certain limits of what I have achieved since September 2019. I wish others the same success.